By Jennifer Pernicano on August 5, 2019
Advertisement 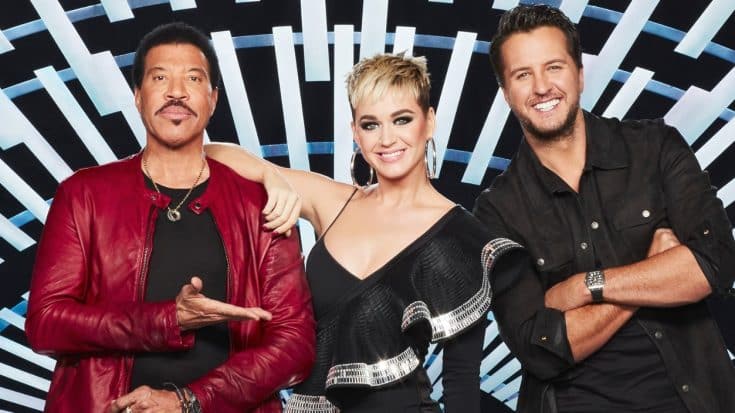 Even though Fox cancelled American Idol after 15 seasons, the love for the singing competition show is still alive and well. ABC brought it back just a few years later and has had two seasons that people just can’t stop talking about.

Season 2 brought us the charming Laine Hardy as the champion, who gave incredible performances week after week.

Before the regular TV season was over in May, ABC revealed which of their shows they have either renewed or cancelled and for several days, Idol hadn’t made an appearance on either of those lists.

Hmmm. Will American Idol be renewed or canceled??? It has yet to be decided. @maddiepoppe

Here's Every ABC Canceled and Renewed Show https://t.co/IkihCI4tEN via @

We’re singing with excitement! #AmericanIdol is coming back for a third season on ABC! 🎉🎤 pic.twitter.com/cClYDcfNU0

Bobby Bones, who served as a mentor the entire 2nd season, replied to the tweet with three hand clapping emojis.

For months now, there have been talks of budget cuts due to “a decline in ratings,” according to TV Line. These cuts are likely due to judges Katy Perry, Lionel Richie, and Luke Bryan‘s salaries, with Perry making a whopping $20+ million per season. Because of the cuts, the judging panel was up in the air, but the show just announced on Twitter that all three will be returning!

TFW you find out these three are back for the new Idol season! 🙌Honestly, we can't wait to find out who will be #TheNextIdol. Audition now at https://t.co/2ruYWenEgA! pic.twitter.com/TbhqwnVzeN

Perry, Richie, and Bryan all tweeted about their excitement to return to the show.

IT’S OFFICIAL, 3RD SEASON’S A CHARM! Excited to get the band back together with @LionelRichie and @LukeBryanOnline 🙌🏼 Get out there and audition y’all! 3rd season could be your charm✨#AmericanIdol #TheNextIdol pic.twitter.com/r0n6vVMrbH

New season, let’s go! So excited to be heading back to @AmericanIdol along side @KatyPerry & @LukeBryanOnline! Time to find another superstar! 🌟#TheNextIdol pic.twitter.com/DDFw9559Fx

The trio is getting back together! Ready for another season of laughs, tears and wigs flying on @AmericanIdol. Get out there and audition! You never know, #TheNextIdol could be you… pic.twitter.com/TNwHZNrcRV

Bobby Bones is also set to return as in-house mentor.

Everyone's favorite mentor, @mrBobbyBones is returning for another season, and we're feeling so #blessed! 🙏 pic.twitter.com/eV8T57SmLK

The only name not confirmed to be returning yet is host Ryan Seacrest. Back in May, Variety reported that Seacrest is most likely under a long-term deal with ABC, seeing as his Emmy Award-winning daytime talkshow Live With Kelly & Ryan is on the same network.

Are you excited to have Perry, Richie and Bryan back?!