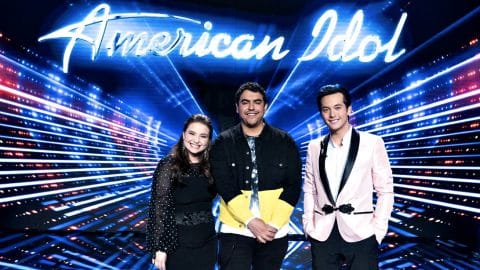 Kelly Clarkson, Carrie Underwood, Scotty McCreery….American Idol has no doubt produced some of the biggest names in music, and tonight another talented singer earned the coveted title of Idol champ.

American Idol first aired in 2002 and brought us the very first Idol, Kelly Clarkson. Clarkson, who was a telemarketer and waitress at the time, was encouraged to audition for the then-unknown show by her friends. Her rendition of Etta James’ “At Last” wowed judges Simon Cowell, Randy Jackson, and Paula Abdul. Clarkson’s American Idol win launched her to superstardom and began one of the most amazing success stories the show has ever seen.

During the show’s fourth season, country music landed their first Idol winner when Carrie Underwood took home the Idol title. Following Underwood’s audition performance of Bonnie Raitt’s “I Can’t Make You Love Me,” judge Simon Cowell predicted that Carrie would not only win the show’s fourth season, but that she would go on to become the most successful artist to come out of the competition.

American Idol wrapped it’s 15-year run on Fox in 2016, but was revived by ABC in 2018. The current season is the second of the show’s comeback, and was jam-packed with talent unlike anything we’ve seen before. Louisiana native Laine Hardy, Alejandro Aranda from California, and New York native Madison VanDenburg were the last three standing after an intense season. The field of three was narrowed to two when Madison VanDenburg was eliminated.

Prior to her elimination, VanDenburg covered “Shallow” by Lady Gaga and Kelly Clarkson’s “Breakaway.” Her performance earned praise from the judges and a great deal of support from fans on social media, but the singer didn’t receive enough votes to keep her in the competition.

Only one singer could take home the Idol title. After an emotional, drama-filled season, the 2019 American Idol winner is…Laine Hardy!