By Tiffany Smithson Aaron on May 22, 2022
Advertisement 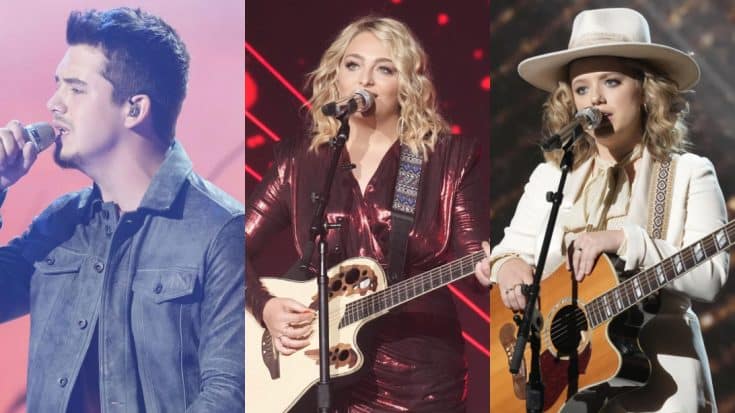 American Idol‘s 20th season is officially in the books and a new winner has been crowned!

The three-hour live finale was jam-packed full of performances from the finalists, judges and super guest stars that included former Idol stars Gabby Barrett and Cade Foehner. Finalists Noah Thompson, Huntergirl and Leah Marlene gave us some of our favorite collaborations of the night by teaming up with Melissa Etheridge, Luke Bryan and Katy Perry, respectively.

Roughly halfway through the televised finale, it was revealed that Leah Marlene was eliminated per audience votes, and Huntergirl and Noah Thompson would be battling it out for the Idol title.

In a moment reminiscent of American Idol‘s 10th season finale when country singer’s Scotty McCreery and Lauren Alaina were left to vie for the title, Huntergirl and Noah Thompson pulled out all the stops to show American why they are deserving of a win. Huntergirl joined Luke Bryan to sing the Randy Travis hit “I Told You So,” a song also recorded by Carrie Underwood for her second album, Carnival Ride. Thompson, who classifies himself as a country singer, teamed up with Melissa Etheridge for her 1993 hit “You’re The Only One.”


After an emotion-filled season, and weeks of intense competition, the winner was finally crowned. The American Idol season 20 winner is….NOAH THOMPSON!

Noah Thompson first wowed the judges with his interpretation of Kameron Marlowe’s “Giving You Up” during an audition that his friend signed him up for.

“He was not born to be working with us,” Thompson’s co-worker said of the Kentucky native who he coerced into auditioning during the show’s virtual “Idol Across America” auditions.

Congratulations to NOAH THOMPSON on their much deserved win! Watch the audition that started their Idol journey in the video below.