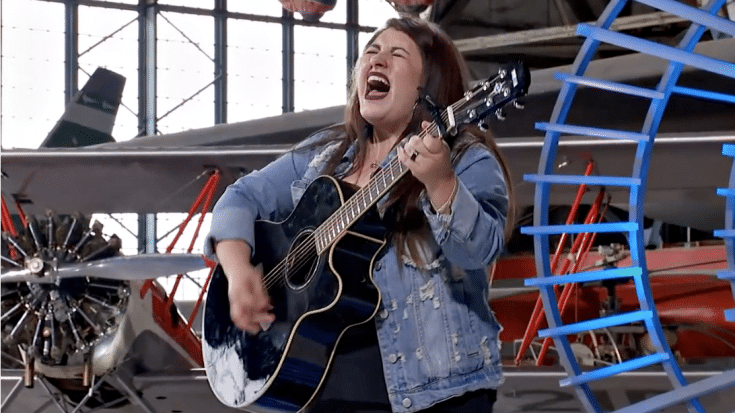 Few songs shook the ’90s like Deana Carter‘s “Strawberry Wine.” The song, penned by award-winning songwriters Gary Harrison and Matraca Berg, tells the story of a young girl’s lost innocence and was considered controversial at the time of its release.

Berg shared that the tune was inspired by her own “coming of age” story, saying, “We used to go to my grandparents’ dairy farm in the summer. My aunt, who’s six months younger than me, and I would try to score some wine. And I met this boy…”

Numerous artists in Nashville passed on “Strawberry Wine,” but Deana Carter knew immediately upon hearing it that she wanted it for her 1997 debut album, Did I Shave My Legs For This? The song went on to become one of the most memorable country songs in history, earning Carter CMA Song of the Year honors and her first Grammy nomination. Garth Brooks called it the best song of the decade. Ironically, Garth’s wife, Trisha Yearwood, is one of the artists that originally passed on the song.

It’s no surprise that “Strawberry Wine” has become one of the most popular songs for the new generation of country singers to cover in concert. In 2016, “Take Your Time” singer Sam Hunt teamed up with Lady Antebellum‘s Charles Kelley to cover “Strawberry Wine” during a show at the Ryman Auditorium.

Most singers haven’t strayed far from the catchy, iconic medley of the original recording. But, American Idol hopeful Jade Flores put her own unique twist on the song during her audition that aired Monday night (March 18). When Flores walked into the audition room, the show’s judges were taken aback by her nervous enthusiasm.

“Have you had any caffeine today,” Luke Bryan asked the 22-year old from Waxahachie, Texas. “This is just pure happiness. I am ready. I can’t believe I’m in front of y’all,” Flores replied.

The singer explained that she chose to audition with “Strawberry Wine” because it’s her fiance’s favorite song. “He says every time he hears this song he falls in love with me again.”

As Flores began to sing the familiar tune, the judges were immediately drawn into her performance. She made the song her own while still maintaining the integrity of Deana Carter’s original recording. “A lot of people hinge their whole careers on great singers,” Lionel Richie told Jade. “They forget there’s a word called ‘entertaining.’ Watching you entertain us was just as powerful as your singing.”

All three judges agreed to send Jade Flores through to Hollywood. Watch her full American Idol audition below to find out why the judging panel is so excited about this talented singer. Then scroll down to see the music video for Deana Carter’s original recording of “Strawberry Wine.”