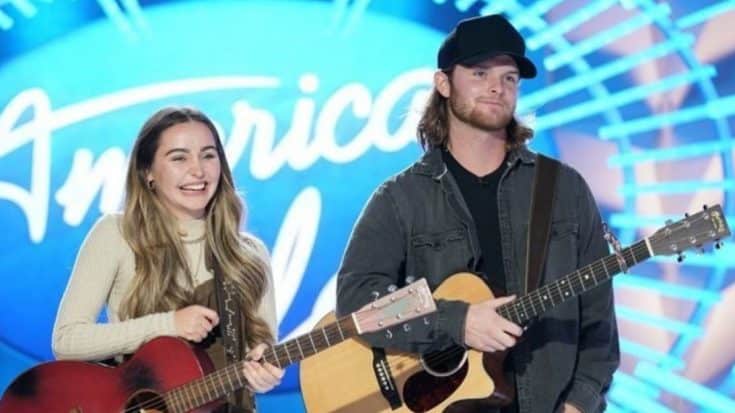 Over the course of American Idol‘s 20-year run viewers have been treated to memorable auditions from some of the best (and worst) singers in the country, as well as auditions from soloists and duos. During Monday night’s audition episode, one duo became a solo act when the judges chose only one of a boyfriend-girlfriend duo to move forward.

Matt Gorman and Kaylin Roberson are a Nashville-based couple who chose to audition for American Idol by performing a song they wrote together. They share a dream of having a music career together and have been pursuing that dream by playing at many of Music City’s hotspots hoping to get a chance to share their music with the world.

That chance came when the pair were chosen to audition in front of American Idol judges Luke Bryan, Katy Perry and Lionel Richie. Prior to their audition, Roberson said that she didn’t want to move on to the Hollywood round without her better half, but the unfortunately that is exactly what happened.

After Matt and Kaylin sang their original song, “Fast Forever,” the judges agreed that Gorman had a great voice, but were concerned about whether or not he could hold his own against the powerhouse singers that had been moved through to the next round.

“Kaylin, your voice just cuts through massively. You’ve got a big ‘step out in the spotlight and let it rip’ voice,” Bryan said. “But, what’s fun is that it’s not hokey. It’s just a big voice that’s authentically yours. And it has all the right country things going on.”

Luke went on to tell Kaylin that he thought she could give Hunter Girl, a singer who Bryan said had his favorite female country voice earlier in the auditions, a run for her money.

In the end, Lionel Richie was the only judge to give Matt a nod of approval, but that wasn’t enough to send him to the Hollywood round. All three judges voted to move Kaylin on in the competition, however.

Watch Matt Gorman and Kaylin Roberson’s audition in the video below.