Blake Shelton & Gwen Stefani To Sing New Duet, “Nobody But You,” At Grammys

By Miranda Raye on January 8, 2020
Advertisement 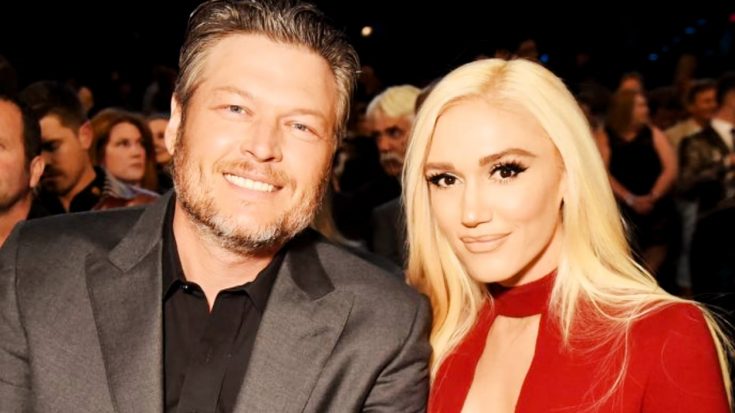 Blake Shelton and Gwen Stefani are taking their love to the Grammy Awards!

In December, Shelton released his newest compilation album, Fully Loaded: God’s Country. The record is mostly comprised of his past songs, but includes a few new tracks such as “God’s Country” and “Hell Right.”

The record also contains a new duet with Stefani, his girlfriend of over four years. Called “Nobody But You,” the song is one Shelton felt an instant connection to.

“This was one of those songs where the more I heard it, the more I fell in love with it,” Shelton said in a statement. “I also realized how important it is for me and where I am in my life, and I think that’s why [songwriter] Shane [McAnally] was trying to get it to me.”

Cannot wait for u all to hear this song ❤️ @blakeshelton #NobodyButYou #FullyLoaded #GodsCountry out tonight ? gx

“Nobody But You” is Shelton and Stefani’s third duet, following “You Make It Feel Like Christmas” and “Go Ahead and Break My Heart.” It is the first of their duets they had no hand in writing, as it was penned by McAnally, Ross Copperman, Josh Osborne, and Tommy Lee James.

It’s no wonder why “Nobody But You” experienced immediate success. Fans loved the track from the first listen, and expressed their feelings about it on social media. In doing so, they spread the word and exposed the song to even more people.

As a person who believes in God and Love, Thank you @blakeshelton for that song so beautiful and true! When we find the right person Nobody but you! And God knew it @gwenstefani ?❤️?

Now, fans of the song will get the chance to finally watch Shelton and Stefani perform it live.

On Wednesday (January 8), Shelton announced he and Stefani will sing “Nobody But You” during this year’s Grammy Awards. “Nobody but you, @gwenstefani, that I’d want to share this year’s @recordingacademy #GRAMMYs stage with!” he wrote.

Nobody but you, @gwenstefani, that I’d want to share this year’s @recordingacademy #GRAMMYs stage with! Tune-in Jan. 26th to watch our performance!

Stefani also shared the news, reposting Shelton’s original announcement while adding a message of her own.

“@blakeshelton never in my wildest dreams could I imagine this! #yesplease #myfavoritecountrysinger #nobodybutyou Gx,” she wrote.

@blakeshelton never in my wildest dreams could I imagine this!???? #yesplease #myfavoritecountrysinger #nobodybutyou Gx. Repost @blakeshelton with @make_repost ・・・ Nobody but you, @gwenstefani, that I’d want to share this year’s @recordingacademy #GRAMMYs stage with! Tune-in Jan. 26th to watch our performance!

If you’d like to watch Shelton and Stefani’s live performance of “Nobody But You,” be sure to tune in to the Grammy Awards on January 26. We can’t wait to watch them sing together!

In the meantime, enjoy the official audio of the couple’s duet in the clip below.