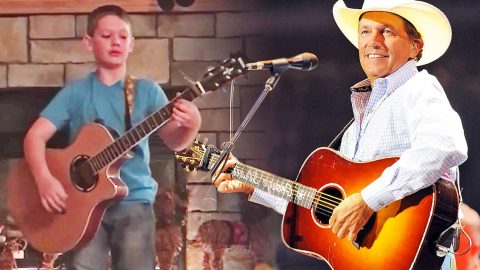 In a living room decked out with holiday cheer, young Rylee Lum covered the living legend’s beloved country ballad while skillfully playing the acoustic guitar. The young George Strait super fan performs at an impressive skill-level for his age that is pure God given talent.

“Check Yes or No” was released in September of 1995 by Strait as the premiere single of his iconic box set, Strait Out of the Box. The song was highly well-received and shot to No.1 on Billboard’s country chart as well as the Canadian chart.

The song tells the history of a couple’s relationship, detailing the evolution of their romance from an extremely young age. Rylee’s endearing performance of “Check Yes or No” exudes warmth and charm that beautifully coincide with the upbeat melody.

You can watch his rendition of “Check Yes or No” in the video below.