By Manly Bryant on March 14, 2016
Advertisement 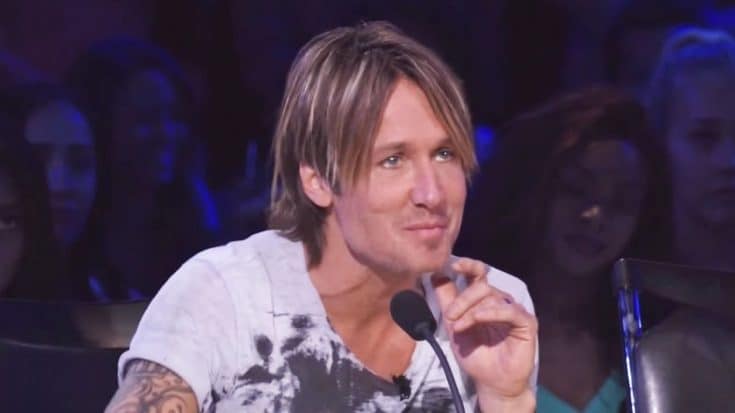 One of three incredibly talented judges, Keith Urban gets to watch many people while they grow on their musical journey as they compete on American Idol. This season has probably been one of the most emotional in the show’s history, and it may be partly because it’s the 15th and final “Farewell Season”.

One of the fan-favorite contestants, Tristan McIntosh, took the stage and performed an incredible cover of Martina McBride’s “A Broken Wing” . The 15-year-old talented singer also revealed that her grandfather was a huge pillar of support for her while she pursued music.

This incredible family bond resonated deeply within Urban as he received that very incredible support from his own father during his journey to country music stardom. His father, Bob Urban, passed away in December 2015, but continues to be a big part of the country star’s life.

In an exclusive interview with Entertainment Tonight, the country star opened up about the performance and what it meant to him.

“The support that [Tristan] got from [her grandfather] especially in the realm of country music,” Urban began. “I felt a real strong connection with that.”

The ‘Idol’ judge also revealed how his children help keep his father’s memory alive and how that memory keeps fueling a fire inside.

“I see him in our daughters’ eyes as well,” Urban revealed with a smile. “I’m just trying to be a good husband and raise our kids right – do all the right things he taught me.”

It’s a great moment that these two artists shared during a special event they both are incredibly happy to be a part of!

Watch Keith Urban’s full interview in the video below!