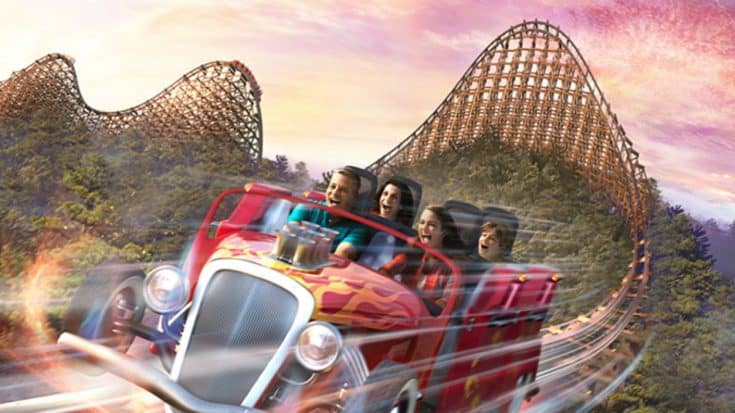 If you’re a roller coaster fanatic, chances are that you’ve been following the progress of Dollywood’s newest ride, The Lightning Rod. The world’s fastest wooden coaster was set to launch at Dollywood’s season opening this weekend, but the manufacturer says that they need a little more time to “commission the ride.”

According to the park officials, Lightning Rod is using new technology never before used on a wood roller coaster. A launch system will boost riders from zero to 45 miles per hour more than 20 stories high. Riders then will drop 165 feet reaching a top speed of 73 miles per hour, making it not only the first launched wood coaster in the world, but also the fastest.

The $22 million project is themed around a 1950’s hot rod mechanic “named Johnny Rev who invites Dollywood visitors to climb into the driver’s seat for a test drive of his newest hot rod.”

“Lightning Rod reminds me so much of those colorful cars cruisin’ up and down Main Street in downtown Sevierville back when I was in high school,” Dolly Parton told the Los Angeles Times.

“I remember all those souped-up cars. But what I remember most were those good-looking boys behind the wheel with those flat-top and ducktail haircuts.”

Dollywood officials say progress is being made daily, but no new opening date has been set.

Take a virtual ride on Lightning Rod in the video below.