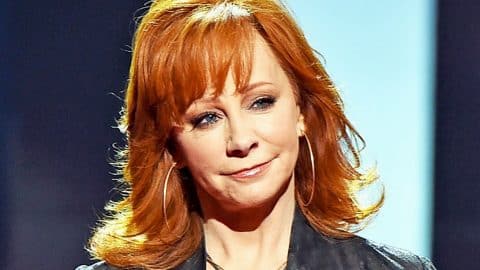 The last two years have been bittersweet for Reba McEntire. The singer continues to see great career success despite having been in the business for more than 40 years, but she has struggled to see her 26-year marriage come to an end.

In August of 2015, Reba and her long-time manager and husband, Narvel Blackstock, announced the end of their marriage. The divorce was finalized in October and McEntire admits in a new interview that she has questioned why God allowed this to happen to her, but her faith and a strong support system have helped her cope.

“I have a long list and so many questions for God. Why did this happen? And how did you allow that?” she says. “Over the last two years I’ve been going through a divorce. God’s way is the best way. And it seems to me that Narvel is happier and I’m in a really good state of mind. It’s taken me this time to pull through why and how. And there’s been a lot between us and I believe that to forgive is easier than forget.”

McEntire hasn’t publicly addressed the reason behind the end of her marriage, but told CMT’s Cody Alan that the divorce wasn’t her idea.

“The divorce was not my idea,” Reba admitted. “I didn’t want it in any shape, form or fashion. It was really hard to make the adjustment when someone’s not happy. I just want everybody to be happy in their lives because our lives are too short to be miserable. I just thought it was the best thing to take my marbles and go play somewhere else, is what Daddy used to always say.”

McEntire recently released a new single, “Just Like Them Horses,” an emotional tribute to her late father.  She is also in the middle of a Las Vegas residency with Brooks & Dunn and admits that she is having the time of her life.