By Manly Bryant on April 11, 2016
Advertisement 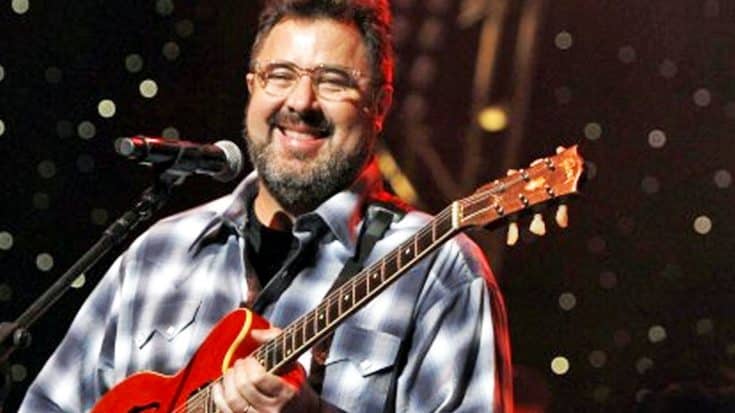 Taking the stage during “All For The Hall”, some of country music’s top performers give a legendary country singer a birthday surprise to remember!

In April 2012, Vince Gill was lined up to sing during a star-studded evening set out to celebrate the last four decades of great country bands. He was probably not expecting some of his close friends and colleagues to do something for his birthday on April 12th, but they certainly had something else in mind!

Gill, who is known for his dazzling country performances and supersonic hits co-hosted the event with fellow country star, Keith Urban.

The two talented hosts were on stage alongside Lady Antebellum, when front-woman Hillary Scott led the charge on singing a sweet, sweet, “Happy Birthday” to the concert’s venerable leader!

With all the country stars singing well wishes in unity, it looked to be a positively emotional and overwhelming experience for Gill who couldn’t help but beam with surprise and happiness!

Watch this delightful birthday video below!