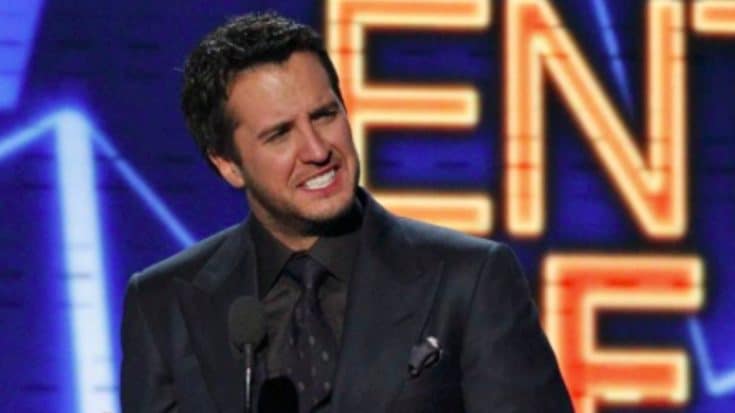 Country megastar Luke Bryan is the pride of Leesburg, Georgia, but even his hometown can get a little tired of the singer, apparently.

Prior to his co-hosting gig at the Academy of Country Music Awards recently, Bryan spoke to reporters about his Kill The Lights Tour and compared it to the shows he used to play in his hometown prior to becoming a household name.

“For so many years, when I was traveling the country, I’d play a show and there’d be about three people there,” he said. “And that was a complete loss of money. So I’d use Georgia to try to balance out the loss. I think they caught on to that. So they’re good on shows.”

According to the “Crash My Party” singer, he’s played so many shows around his hometown that he can’t perform there anymore.

“I wore them out,” Bryan said. “I think they are pretty much tired of me.”

We doubt that’s the truth, but we’ll know soon enough as Bryan and his Kill the Lights Tour will be pulling into Atlanta, roughly three hours north of Leesburg, in May. So far, Bryan hasn’t had any trouble packing out his tour stops and we doubt that his Atlanta concerts will be any different.