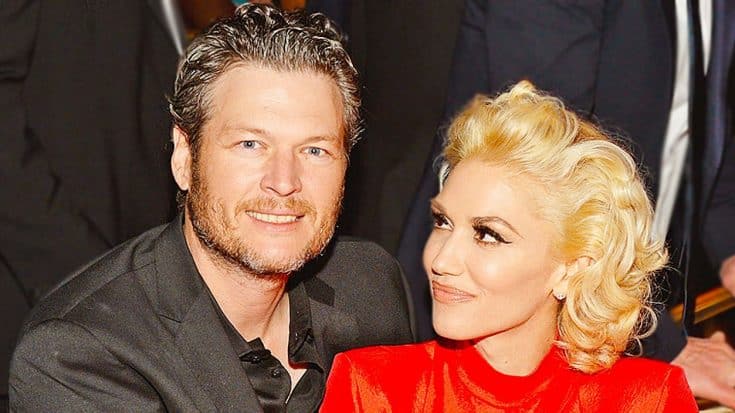 In a recent interview with PEOPLE, Blake Shelton admits that he told a little white lie last August when he said that he never saw himself collaborating with Gwen Stefani for any future musical projects. 39-year old Shelton confessed that he just wasn’t ready to talk publicly about the possibility.

Shelton and Stefani sat down together at the end of October and penned “Go Ahead and Break My Heart,” a tune that appears on Shelton’s new album If I’m Honest.

“I love this song! This song’s important to us and the fact that we wrote it together is so important to both of us,” added Shelton.

Shelton admits that he’s picky about who he writes songs with, but his connection with his former fellow-Voice coach made the writing easy.

“I think Gwen has a smaller circle too when it comes to writing, and the fact that we went there that early as we were getting to know each other, it’s just remarkable,” said Shelton. “As different as we are musically, we’re a fan of the same type of songs. We have these playlists that we send each other that are stuff that we loved growing up and they’re so similar, so I think it made it easy for us to collaborate.”

Shelton also couldn’t hold back gushing about Stefani and admitted that sometimes he gets a little star struck by the former No Doubt lead singer.

“I’m intimidated by Gwen all the time,” he joked. “Any time I take a step back and think, ‘Wow, to me she’s Gwen, but she’s Gwen Stefani, you know what I mean? It’s like a self check every now and then. Whoa, I’m hanging out with literally the coolest girl in the world and I get to hang out with her. Just having a meal with her sometimes, it’s like, ‘Whoa, that’s her sitting up there!'”

Watch for Blake Shelton‘s new album If I’m Honest to be released on May 20.