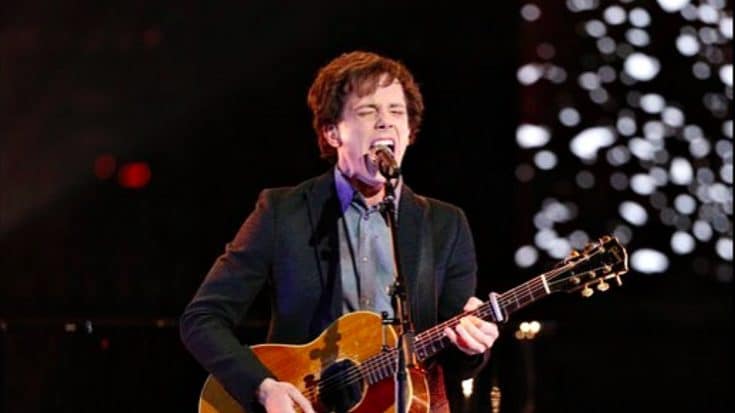 ‘The Voice’ Top 10 was revealed tonight (April 26) after the unfortunate elimination of one very talented contestant. Throughout the live show, 9 of the final 11 contestants were told they were safe until only Owen Danoff and Daniel Passino were left standing.

Both men were up for an #InstantSave on Twitter, but not until each had the chance to perform one last time for America. Daniel Passino tackled Nick Jonas’ “Jealous” earning a great response from each of the coaches.

Christina:  “I’ve loved you for a long time. You were on my team. You were awesome, ” Christina Aguilera said. “Just now you showed why you’re still around.”

Owen Danoff took the stage next where he accompanied himself on guitar as he sang Cam‘s country hit “Burning House.” From the moment Danoff took the stage he looked as if he knew tonight was the end for him. Perhaps it’s because this was his second week in the bottom two, but to his credit, he powered through the song even though he forgot the words and at times looked as if he was fighting back tears.

After five minutes of frantic Twitter voting, Team Adam’s Owen Danoff was eliminated. Listen to Danoff’s rendition of Cam’s “Burning House” below and let us know what you think about tonight’s results.