He Was Forbidden To Sing…But When Kelly Clarkson Sees His Audition Tape? I’M BAWLING 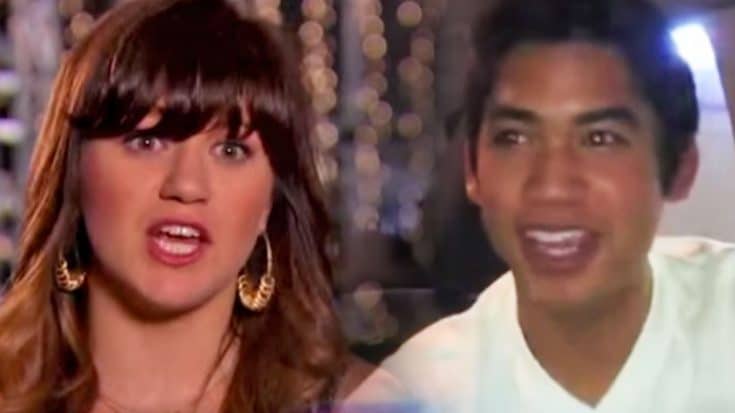 In 2012, Jason Farol was a 19-year-old with a big dream. The only problem was that his parents didn’t agree with his dream to go forward as a professional singer.

During his submitted audition tape, Farol filmed from inside his car in the garage as he was fearful his parents would not support him in his endeavors. He was submitting an audition for ABC’s one-run singing competition, Duets, for which Kelly Clarkson was a judge.

“Right now my parents’ main focus for me is to pay attention to school,” Farol said in his tape. “It’s kind of why I’m recording in the car. I don’t want my parents to hear how I feel about their life plan for me.”

Clarkson chose Farol as a duet partner for the season because of his incredible talent, and when they were practicing together for an episode titled “Songs That Inspire”, Farol got an unexpected surprise.

Singing Leonard Cohen’s “Hallelujah”, you can hear the raw power and emotion behind every word as they rehearse and out of the corner of the room, Farol’s father walks out!

The song, being one of his father’s favorites, brought out a new side to his dad that he wasn’t expecting!

And with that, the two moved forward with their stunning rednition of a classic song that would bring anyone to tears!

Watch the full performance below! (WARNING: Keep the tissues handy!)