By Manly Bryant on June 9, 2016
Advertisement 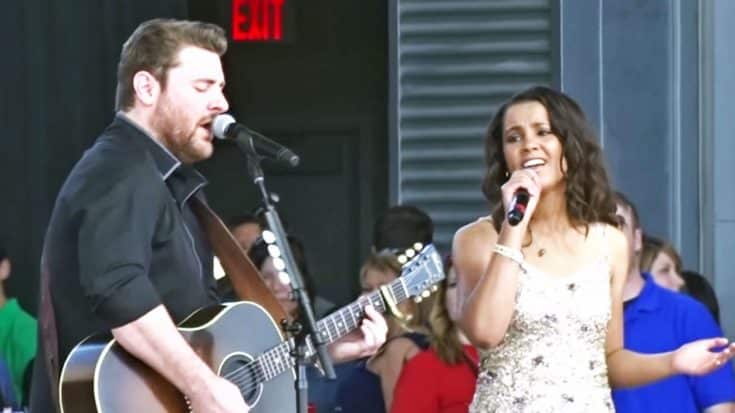 Following in the footsteps of a country legend, these two country singers bring the crowd to silence with a beautiful performance.

After being sent home a finalist in the closing season of American Idol, talented singer Tristan McIntosh began her journey toward stardom by popping out on the Opry stage. Now, she’s continuing it by joining country star Chris Young for a one-of-a-kind duet!

Young also rose to stardom through a singing competition called Nashville Star that was basically like a country-style version of American Idol.

Together, the pair are flawless – delivering the raw, emotional, and pure performance as the song was intended. They do a great job honoring a country legend with one of his most notable hits, “When You Say Nothing At All”.

This country staple is one that surely the entire CMA Fest crowd knows by heart, but they do such a good job of singing it, the audience doesn’t dare sing along.

Watch this stunning tribute to the late Keith Whitley in the video below!