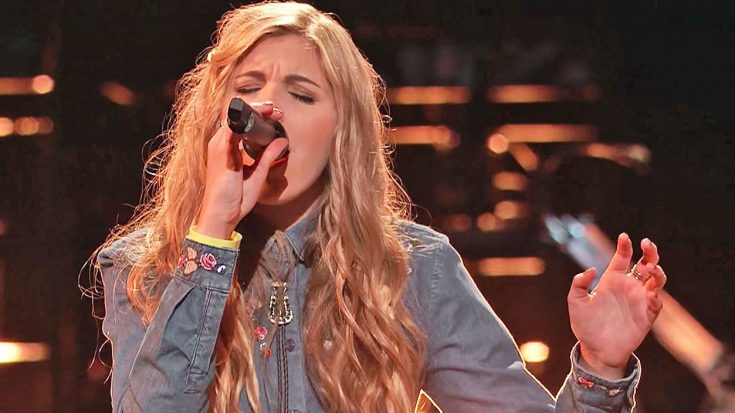 After being saved by Coach Gwen Stefani in the battle rounds, 15-year-old Brennley Brown has her former Coach Blake Shelton wrecked with regret following her jaw-dropping rendition of Patty Griffin’s “Up to the Mountain.”

Gearing up for her performance against 14-year-old Aaliyah Rose, the contestant chose Griffin’s hit in hopes of capturing the emotion Stefani urged her to try and tap into during rehearsals. Brennley unleashed a wave of emotion through her powerful rendition of Griffin’s song, igniting emotion in the judges blown away by her mature stage presence.

“Brennley, you gave a Grammy performance,” said the notoriously tough Adam Levine. “And you’re 15, which is just freakish.”

Brennley’s former coach who said goodbye to her in the round prior admitted regretfully, “It still hurts me to see [you] on somebody else’s team.” However, it was all down to Stefani whether or not she or Aaliyah would move forward on her team.

“You were like this unbelievable surprise I didn’t know I was gonna get,” shared an emotional Stefani. “You impact people because of your spirit. It was incredible.”

After weighing all her options, Stefani decided to choose Brennley based solely on this one performance.

You can watch her performance of “Up to the Mountain” below.