By Darin Blue on November 30, 2015
Advertisement 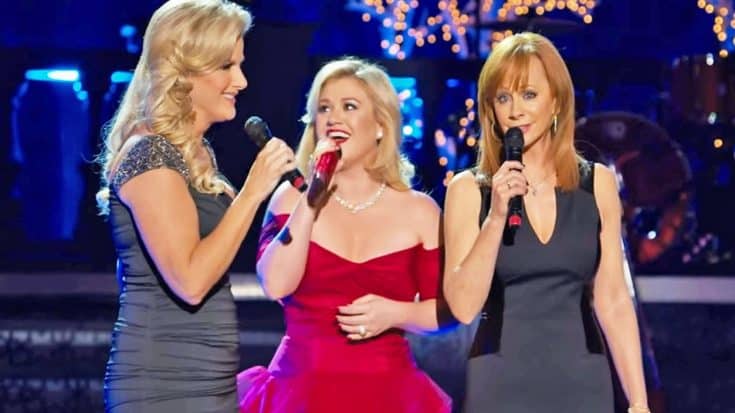 In a star-studded holiday performance, Kelly Clarkson teams up with fellow country stars Reba McEntire and Trisha Yearwood to deliver a breathtaking rendition of the classic, “Silent Night.“

In a stunning red dress, Clarkson kicked off the vocals before being joined by a stunning Yearwood. Clarkson then began singing background vocals for the country superstar when the two were joined by another legend, McEntire.

As McEntire took over the main vocals, Yearwood and Clarkson sang as her background. Following McEntire’s verse, the three sang together in the most beautiful harmony for the remainder of the song.

The crowd could not hold back their screams as the three finished up the classic holiday tune, and we can understand why – the trio made a beautiful blend!

The group concluded the performance with a heartwarming hug, filled with smiles! It’s clear they enjoy singing together!

This is what the holidays are all about!

The song is featured on Clarkson’s holiday album, Wrapped in Red.

Check out the jaw-dropping performance below, and we’re sure it will get you in the holiday spirit!