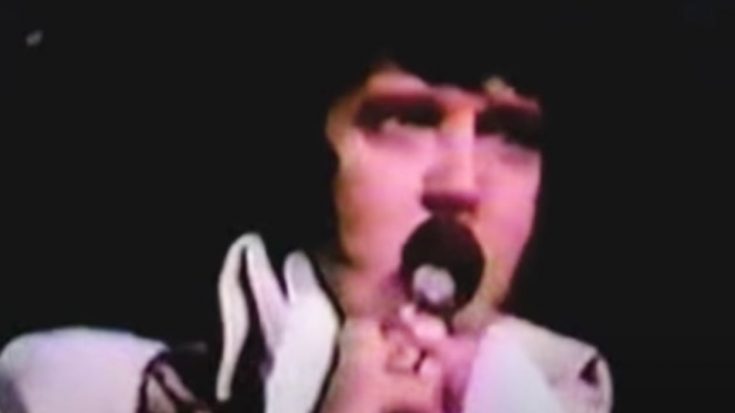 During the month of December, many people enjoy listening to Elvis Presley‘s timeless renditions of some of their favorite Christmas classics.

But what many don’t know is that Elvis once sang a song in celebration of a different December holiday, New Year’s Eve.

Elvis was on tour on New Year’s Eve in 1976, so he decided to share the celebration with his fans. That night, he delivered a performance at the Civic Center Arena in Pittsburgh, Pennsylvania, which was recorded and later turned into an album called Elvis New Year’s Eve.

Written in 1778 by Scottish poet and lyricist Robert Burns, the tune was originally a poem that was later set to the tune of a popular folk song. In the English-speaking world, the song is often sung as a way of saying farewell to the old year and welcoming the new.

Another fun fact, at 12am every New Year's my grandma would stand on her front lawn & play Auld Lang Syne on her trombone

The neighbors either loved or hated her, no in-betweens

Thankfully, some footage was taken of Elvis singing the song during his New Year’s Eve concert in 1976. The audience sings along with Elvis, erupting into loud cheers at the conclusion of the song. Above all the noise, Elvis can be heard saying “Happy New Year everybody.”

This Means So Much More Than You Realize

Not only is the recording rare, but it has extra meaning since Elvis didn’t live to see another New Year’s Eve.

You can watch the rare recording of Elvis singing “Auld Lang Syne” below.

Although Elvis never had the chance to celebrate another New Year, we’re glad that he was able to spend his final one surrounded by his beloved fans.