1989 Footage Shows Keith Whitley During One Of His Final Performances 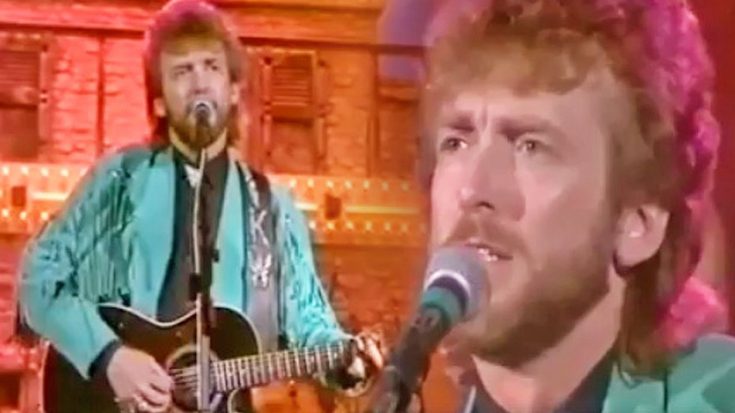 These days, it’s not uncommon for country artists to tour and perform overseas. It goes to show that country music isn’t an exclusively American genre, as it has often been labeled.

Country music experiences great popularity in the UK, and has for decades. But years ago, it wasn’t as common of a thing for country stars to travel over there to perform. Because of that, many of the genre’s iconic artists never performed for their fans in the UK.

Keith Whitley was one of the few artists who managed to make his way across the Atlantic to perform, but only once. His official Facebook page shared rare footage from his performance at the 1989 Wembley International Festival of Country Music. This footage is a true treasure, considering the fact that it is from Whitley’s only appearance in the UK.

Whitley chose to perform his song “I’m No Stranger to the Rain,” which was released as a single in January 1989. It reached number one on the country chart, and was the final single released before Whitley’s death in May 1989.

Therefore, Whitley’s UK appearance was also one of his final shows. That makes the footage of his performance all the more valuable.

Wearing a fringed jacket in a bright teal color, Whitley stood out against the orange-colored building placed behind him on the stage. But what drew even more attention than Whitley’s attire was his vocal performance, which was impressive as always.

You’ll find yourself completely lost in the music as you watch Whitley sing in the video below. He had the power to captivate people with his voice, drawing them in to the story of his songs. That proves that he was an irreplaceable artist, one that country music will always miss.