By Megan Dinsdale on June 5, 2015
Advertisement 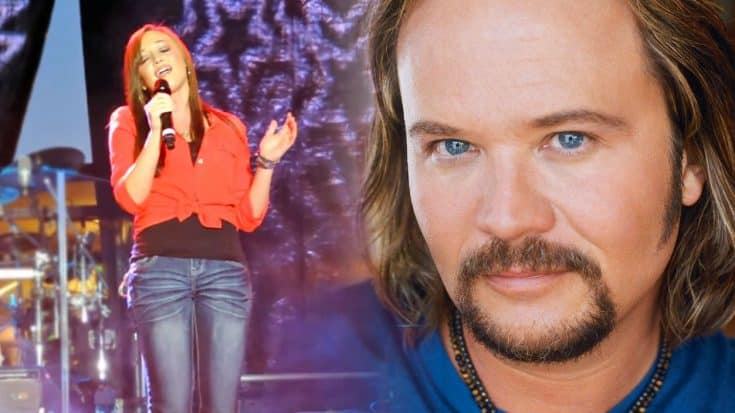 Though y’all may not know this, you should: Travis Tritt has an extremely talented daughter. Her name is Tyler Reese and if y’all just take a minute to listen to her belting out the The Star Spangled Banner at the North Georgia State Fair in 2014, you’ll see why she has wowed us.

But Tyler has already impressed us once before with the jaw-dropping duet she performed with her father, where they sang “Sometimes Love Just Ain’t Enough”, a popular 90s song by Patty Smyth and Don Henley.

We all know just how difficult the National Anthem is to master. We’ve seen numerous people try and fail. This isn’t one of those times. Tyler clearly showcases her skills in this performance. What a proud daddy Travis must be!

It goes without saying, but Tyler really knocked this one out of the park. If you don’t want to take our word for it, check out the video. Prepare to be amazed because musical aptitude sure runs in the Tritt family.

Oh, say, can you see, by the dawn’s early light,
What so proudly we hail’d at the twilight’s last gleaming?
Whose broad stripes and bright stars, thro’ the perilous fight,
O’er the ramparts we watch’d, were so gallantly streaming?
And the rockets’ red glare, the bombs bursting in air,
Gave proof thro’ the night that our flag was still there.
O say, does that star-spangled banner yet wave
O’er the land of the free and the home of the brave?