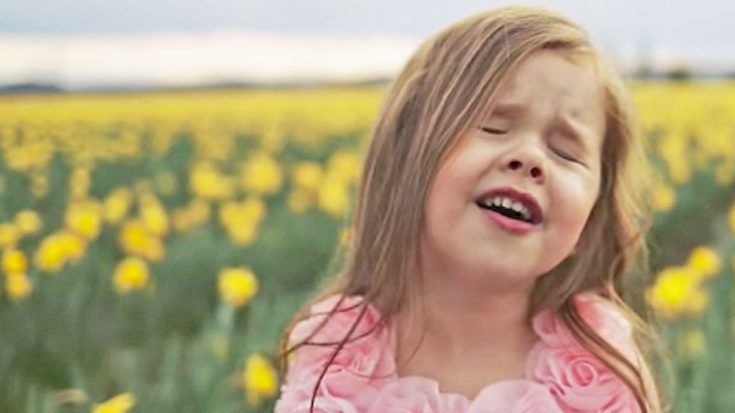 We first caught wind of the talent that is 4-year-old Claire Ryann when her dad posted a super cute video of them singing “You’ve Got A Friend In Me” together on YouTube.

It quickly racked up millions of views, now standing at a staggering 12 million less than three months after its release. She has now made appearances on The Ellen Show and Little Big Shots, and has a full repertoire of songs on her YouTube channel, as well as almost 500,000 subscribers and almost 1 million Facebook fans.

Just in time for Easter in 2017, Claire released a music video of her singing an Easter Hymn called “Beautiful Savior” that will give you chills. She not only sings the melody, but also the harmonies, which is incredible for someone so young.

The music video is set in a flower field with Claire walking through it and singing, while wearing a super cute Easter dress. Footage of Jesus during Holy Week is also included in Claire’s video, which shows Him healing those in need, His crucifixion and His resurrection.

At some points in the video she raises her arms and sings towards the sky as if she is singing right to Jesus.

There’s no telling where young Claire’s singing career will take her, but we do know one thing – she’s going to be a star! And she’s already well on her way.  Watch her sing “Beautiful Savior” below.