Dierks Bentley Calls A Fan Up On Stage To Show Off His “Magic Mike” Moves! 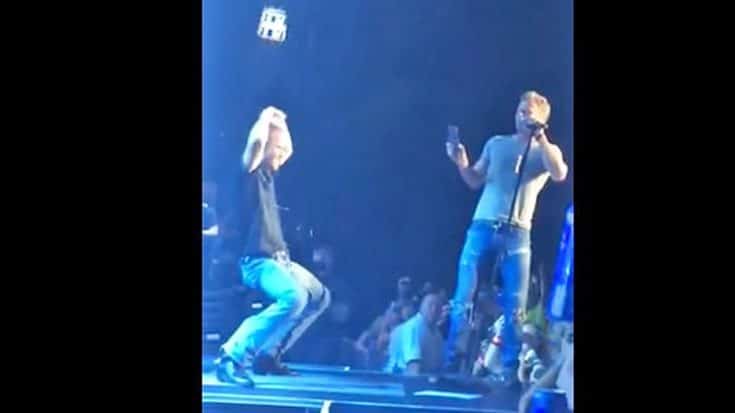 Dierks Bentley was performing in Birmingham, AL when he invited a guy from the crowd up on stage. Never did he suspect that the guy he invited up would start dancing like an extra from the summer blockbuster “Magic Mike“.

Dierks just thought he was inviting a rowdy fan on stage to dance with him while he performed, but as soon as this guy started dancing, it was clear he had some moves. Dierks didn’t really know what to do as he filmed the guy on his own cell phone, laughing and continuing to sing.

“It’s like Luke Bryan on steroids,” Dierks said before calling out for a couple of beers for him and his dancing fan. “I need two beers for me and Magic Mike.”

Of course he isn’t the real Magic Mike, but this guy has an interesting set of moves that would put him up there with the men from the film. It’s something you have to see to believe, so check out the video below and be prepared to get a good laugh.