By Miranda Raye on February 22, 2018
Advertisement 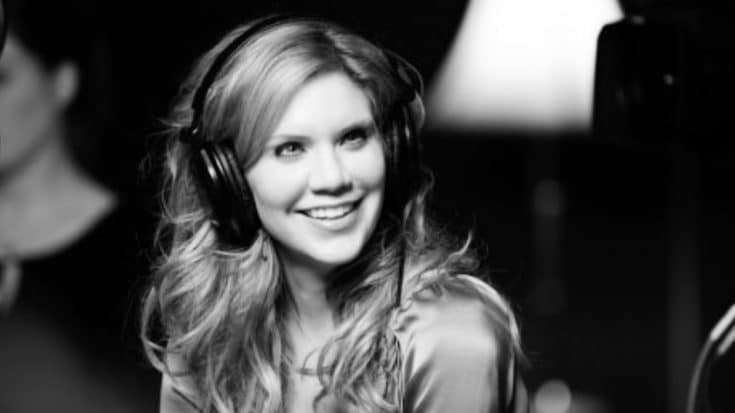 A true star was born on July 23, 1971, which is the day that Fred and Louise Krauss welcomed their daughter, Alison. From childhood, Alison Krauss proved to have talent beyond her years, and became a worldwide star before she ever turned 18.

The contributions that Krauss has made to country and bluegrass music are too immense to measure. Perhaps most of all, her influence can be felt in the resurge of interest in such genres, as her fans followed her into them.

With an angelic voice and superb fiddle skills, Krauss continues to captivate all who listen to her perform. But as beloved as she is, there’s a few facts about her that we’re sure you never knew before! Learn all about them by heading down below.

1. She Began Playing Violin At Age 5

Krauss is now known as one of the best fiddle players in music history. She got started playing at only five years of age, but originally studied classical violin.

She eventually made the switch to bluegrass style, and it stuck. Her musical career continued to gain steam throughout her childhood, and she began playing in local talent contests at age eight. She made her recording debut at age 14 on the independent album Different Strokes, and released her debut record Too Late to Cry when she was 16.

2. She Met Her Union Station Band Members At Festivals

In addition to her solo records, Krauss is known for her work with her band, Union Station. The entire group has recorded a total of seven albums together, with the most recent being 2011’s Paper Airplane.

Krauss met all of her Union Station band members early on in her career, and met them all at festivals hosted by the Society for the Preservation of Bluegrass in America. She met singer and instrumentalist Dan Tyminski at one of these festivals when they were both young teens. He has been a fixture of Union Station ever since, and is known for providing vocals on “Man of Constant Sorrow” from the 2000 film O Brother, Where Art Thou?

3. She Was Once The Youngest Member Of The Opry

Since Krauss got an early start with her career, she managed to make a major impact on bluegrass and country music at a young age. She was only 21 years old when she was invited to join the Grand Ole Opry in 1993, which was a groundbreaking moment.

At that time, Krauss was the youngest member among the ranks of the Opry’s talented cast. In addition, she was the first bluegrass artist in 29 years to be offered membership. Krauss has continued to define history ever since.

4. She Has An Honorary Doctorate

To add to Krauss’ long list of accomplishments, she is also an honorary doctor! The Berklee College of Music in Boston, Massachusetts awarded Krauss with an Honorary Doctorate of Music in 2012.

Krauss was awarded her honorary degree along with rock band The Eagles and Ethiopian musician Mulatu Astatke. Berklee explained its reason for selecting Krauss and the others for the honor, writing, “This year’s honorary doctorate recipients are being recognized for their achievements and influence in music, and for their enduring contributions to American and international culture.”

5. She Was Diagnosed With Dysphonia

Prior to her 2017 album Windy City, Krauss hadn’t released a new album since 2011’s Paper Airplane with Union Station. She also had been fairly absent from the spotlight since her tour with Willie Nelson and Family in 2014.

Fans started to worry about Krauss’ absence, and she finally explained the reason behind it during an interview with USA Today. As it turns out, Krauss had been diagnosed with dysphonia, a condition that causes the vocal chords to spasm and therefore interferes with speech and voice quality.

“In the studio my throat would close up,” Krauss said. “That was a pain in the neck. Literally.”

Krauss was able to recover her voice through sessions with a vocal teacher, and finished recording Windy City for her fans to enjoy.

We know, this may be the most surprising fact on this list! Despite her respected status among critics and fans, Krauss has only managed to earn a single number one hit over the course of her career.

Granted, she has seen many of her singles claim significant spots on the charts. But her only chart-topper was 2000’s “Buy Me a Rose,” on which she was a featured artist alongside Kenny Rogers and Billy Dean.

No one else out there can compare to Krauss and her talent. But that’s something you already knew!