Elvis Laughs Hysterically During A Live Concert, But You’ll Never Guess Why! 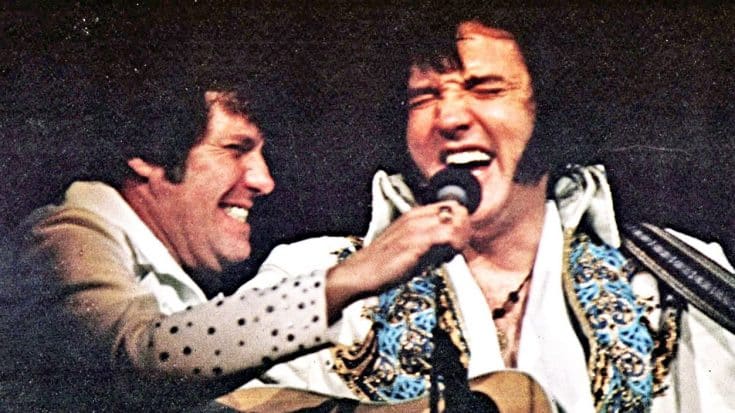 At a 1969 concert, Elvis changes some lyrics to a song, but it’s one audience member’s reaction that gives him giggles!

After signing a contract to perform at the International Hotel in Las Vegas, Elvis Presley appeared in August to a full house. “Are You Lonesome Tonight” was always a crowd favorite, and sometimes Elvis got a little silly with his crowd when he was in a playful mood. That night he decided to mix up some lyrics to his fan-favorite number by saying :

“Do you gaze at your bald head, and wish you had hair?”

Instead of “Do you gaze at your doorstep, and picture me there?”. Following Elvis’ witty change, an audience member thought he’d play along by removing his wig and swaying to the music!

This caught Elvis off guard and he begins to laugh hysterically. Amazed at his backup singer’s stoic professionalism (Cissy Houston), it pushes him even further into a fit of laughter.

Surprisingly, this live-recorded concert went on to chart in the UK Top 30 after it’s album release. The record label even left it as a surprise for fans by not indicating there was anything different about this track on the album label.

Check out this amazing piece of Elvis in the video below!