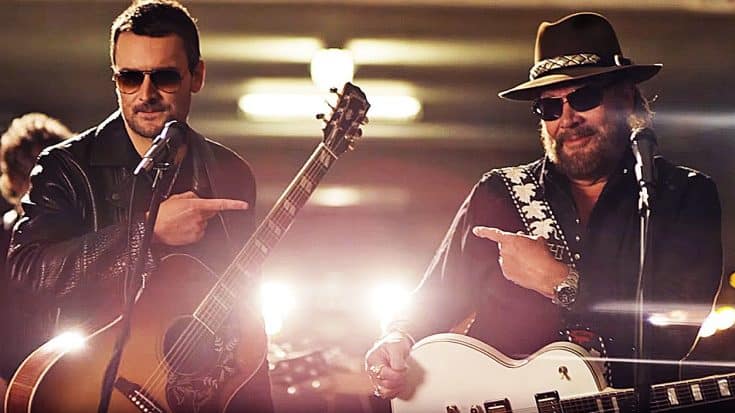 Those who have been anxious for Hank Williams Jr. to release another album don’t have to wait much longer. Hank is set to release ‘It’s About Time’, on January 15th, and his fans couldn’t be happier.

Hank’s new single “Are You Ready For The Country?”, was recently released, and gave us a taste of what’s to be expected from the album.

As Williams says in an interview with KTIC Radio, the song is already a hit with fans. But he says that what many of them don’t realize is that the song has been around for decades, and was a #7 hit for outlaw country singer Waylon Jennings.

Williams recalls when he used to open shows for Jennings, and how he got to hear “Are You Ready For The Country?” every night on tour:

“Man it means a lot..not to mention the love factor of Waylon, because I’m out there opening shows for him and he starts the show with ‘Are You Ready for the Country’ back when and he closes the show with a little ditty called ‘Are You Sure Hank Done It This Way?'”

Fans got the chance to listen to Williams’ version of the song for one of the first times when he opened the CMA‘s with a performance of it, which also featured Eric Church.

A few weeks later, Williams’ music video for the song premiered on CMT. Church also appears in the video, and him and Williams  start off performing in what looks like a barn, but later transforms into a parking garage.

Overall, the performance is upbeat and fun-filled, and you can clearly see that Williams and Church are having a blast singing together.

Watch Williams’ new music video “Are You Ready For The Country?” off his soon-to-be released album, ‘It’s About Time’ below.

Hank Williams Jr.’s ‘It’s About Time’ is available now for preorder here in iTunes, and will be officially released on January 15th. It’s the perfect gift for the outlaw country fan in your life.

Hank Williams Jr. explained to Rolling Stone Country, “We have made an album that is pure magic!” Hank further notes, “The songs — some I wrote and others I got from great songwriters — are typical Hank Jr. songs and I think will connect with anyone who hears them.”

See the track listing below, and get excited for Hank’s first album since 2012.