Scotty McCreery Begins To Tear Up For Unexpected Reason 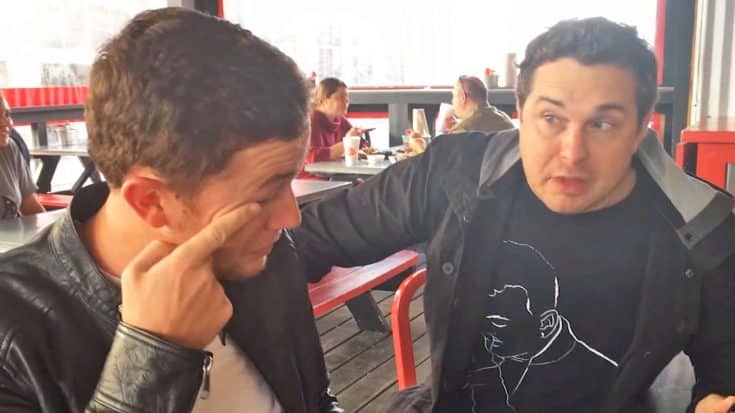 If you’ve never seen Scotty McCreery cry, you’re about to.

In a Rare Country exclusive video, Senior Correspondent Hunter Kelly sat down with McCreery at one of Nashville’s “hottest” restaurants. Literally hot.

Hattie B’s is one of Music City’s most popular spots to grab a bite of hot chicken. There is a burn notice that come along with the hottest option of the menu called “Shut The Cluck Up”, and you’re about to see why that is.

McCreery and Kelly ordered the Medium, Hot, and Hottest chicken flavors which was a smart move considering the reaction to the Hottest level. McCreery also had a charity show later that day with Rascal Flatts to benefit the local children’s hospital. His vocal cords needed to be in good condition, so there was no time to be hurting!

The Medium and Hot level were easy for the two to manage, nothing too extreme. However, when it came time to try the Hottest level these two had a bit of struggle. They should have stopped there, but when a Hattie B’s employee insisted they try the Burn Notice they couldn’t refuse.

Perhaps they should have stopped themselves, because almost immediately McCreery started tearing up, and Kelly was practically screaming from the heat. Can you blame them?

We’re glad these two survived the burn, and it sounds like McCreery can still belt out those tender, low notes we love him for. Watch the hilarious video below!