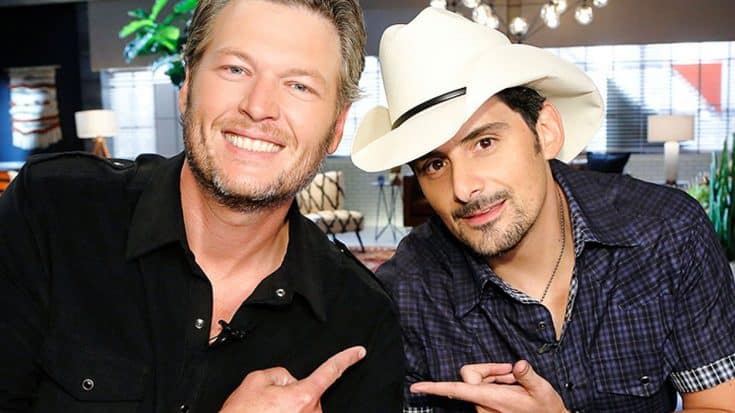 Two of today’s country music staples have been friends for years and Brad Paisley considers Blake Shelton to be one of his close friends. So, naturally, once news of Blake’s relationship with Gwen Stefani broke, Brad would be fielding questions about his buddy’s newfound romance.

During a recent interview, Brad Paisley made his opinion of the high-profile pair well known. Although he admits he hasn’t spent a ton of time around Shelton and his new girlfriend, he does spill the beans on his initial thought….

“I do think she’s completely out of his league!” Paisley tells PEOPLE. “I don’t know what he’s thinking.

“I haven’t been around them since that news is out,” adds Paisley, who serves as a mentor on Shelton’s team on The Voice. “I’m going [to the show] Monday.”

But what about that jab at Shelton’s recent divorce during the CMA’s? Well, Paisley says that Shelton “loved it.” And goes on to say “We basically made fun of Blake, which is totally fair game.”

Given how much Shelton enjoyed poking fun at Paisley when he was his guest coach, it seems pretty fair from here!