4 Moving Joey + Rory Songs That Will Touch Your Heart 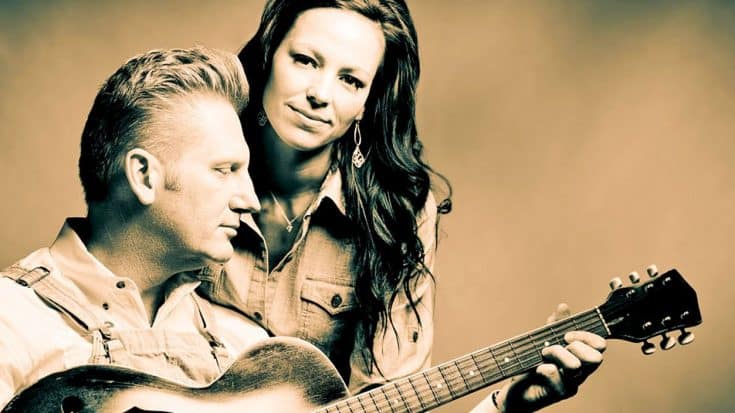 Those who have been fans of Joey + Rory from the beginning have listened to their many heartwarming songs over the years. For fans new and old, these songs have taken on a whole new meaning since Joey passed away on March 4, 2016.

Like any artist, Joey + Rory have released a variety of songs since they took third place on the show Can You Duet in 2008. In fact, their only Top 40 hit, “Cheater Cheater,” has a sassier and more playful mood than many of their other songs.

But we feel the songs that Joey + Rory will be remembered for most are their many heartwarming songs about life, family, and faith.

Of course, it would be an impossible task to pick the four best Joey + Rory tunes. So we’ve gathered together a list, ranked in no particular order, of the four songs of theirs that continue to touch our hearts every time we listen to them.

“That’s Important To Me”

Released in 2010 as the second single off of their album titled Album Number Two, “That’s Important to Me” was co-written by Joey, Rory, and Tim Johnson.

The song is one of Joey + Rory’s greatest chart successes, peaking at the 51st spot on the Billboard Hot Country Songs chart after making a debut in the 58th slot.

Through the lyrics to the song, Joey + Rory celebrate life’s little moments, like “Opening the windows and letting in air/Holding hands when we’re saying a prayer.” All of these moments, no matter how small and seemingly insignificant, were important to Joey + Rory long before Joey received her cancer diagnosis.

All throughout Joey’s cancer battle, her and Rory took every chance they could to celebrate the little, but important moments they shared with one another.

“If I Needed You”

Originally written and recorded by blues/country/folk singer Townes Van Zandt, “If I Needed You” isn’t a new song to the country music community. Emmylou Harris and Don Williams released a duet version of the song nine years after Townes’ original, which climbed to the third spot on the charts.

33 years after the release of Emmylou and Don’s duet, Joey + Rory covered the song for their album Country Classics: A Tapestry of Our Musical Heritage. The song was never released as a single, and therefore didn’t make its way onto the charts, but it recently received some special recognition.

On December 7, 2015, the nominees for the 2016 Grammy Awards were announced, with Joey + Rory’s version of “If I Needed You” being nominated for Best Country Duo/Group Performance. The nomination was a huge surprise to Joey + Rory, with Rory telling ET how they felt when they heard the news.

“Joey and I feel like we’re just regular folks…so to be nominated for an award like this…is such an honor.”

The music video for “If I Needed You” is just as heartwarming as the song itself, since it features footage from the day Joey gave birth to her and Rory’s daughter, Indiana.

Released in 2013 off of their album Inspired: Songs of Faith and Family, “Long Line of Love” is yet another song of Joey + Rory’s that was never released as a single, but is still remembered for its heartwarming feeling.

Rory sings the lead to the song, while Joey sings harmony along with him on the chorus. As the song’s narrator, Rory sings about falling in love with his sweetheart, saying, “I bought a beautiful diamond ring/And offered it to the sweetest thing I know.” When the girl asks if they can make it, the narrator responds, “‘My Granddad’s still in love with my Grandma’/I said ‘My Dad still thinks my Mom’s the sweetest thing he ever saw.’“

As the song continues, the narrator sings about his son, who now wants to marry his own true love. The narrator tells his son the same thing his dad always told him, that he would be just fine since he comes from a “long line of love.”

Throughout Joey + Rory’s career and especially during Joey’s battle with cancer, the world has saw how the couple remained strong in their love for one another, proving that they too, came from “a long line of love.”

Without knowing the story behind it, many people listen to Joey + Rory’s “When I’m Gone” and assume it was released recently, during Joey’s cancer battle. But it turns out that is not the case, in fact “When I’m Gone” was released in 2012 as the sixth track on their album His and Hers.

Joey serves as the song’s narrator, singing to her husband about how to stay strong when and if she leaves this world. She tells him, “You wonder how you’ll carry on/But you’ll be okay on that first day when I’m gone.” Joey also sings to her husband that “even though you love me still/You will know where you belong/Just give it time well both be fine/When I’m gone.”

Just a few years after Joey + Rory recorded “When I’m Gone,” the song has taken on a whole new meaning since Joey passed away. Now, it almost makes it seem like Joey was trying to help Rory far before she even knew he needed it, giving him a truly touching song to remember her by.

No matter how many times you listen to “When I’m Gone” it is guaranteed to touch your heart and bring tears to your eyes.

Joey + Rory have released a wealth of heartwarming, touching songs over the years. Unfortunately, many of these songs didn’t get much recognition at first. But now, these songs take on a special new meaning that makes them even more powerful than when they were released.

Thank you for all of the beautiful music Joey + Rory.