By Miranda Raye on February 24, 2016
Advertisement 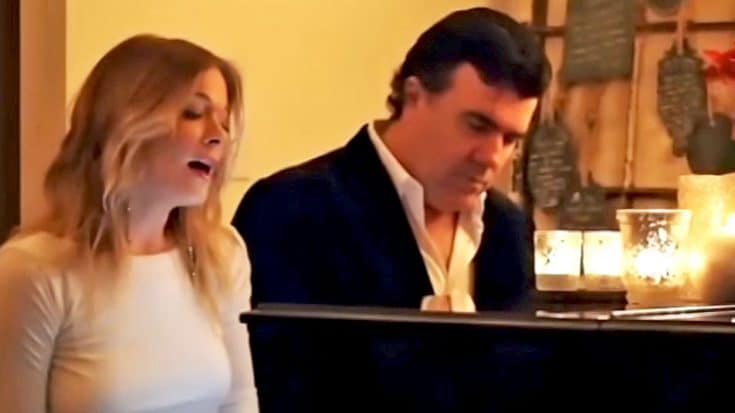 It’s hard to believe the popular song “Hallelujah” didn’t experience much success when it was first released by Canadian artist Leonard Cohen in December 1984. Cohen, who also wrote the song, struggled with its creation, and wrote as many as 80 verses before he cut it down, according to an article by The New York Times.

The song finally rose in popularity after a cover version by John Cale was featured in the popular animated film, Shrek, in 2001. Since then, the song has gone on to be covered by over 300 artists, including country music’s LeAnn Rimes.

In 2011, Rimes sat down with her frequent collaborator and producer Darrell Brown for an intimate performance of “Hallelujah.” Surrounded by the glow of candlelight, Brown opened the song with a soft introduction on the piano before Rimes chimed in.

Following Brown’s lead, Rimes came in softly at first, keeping her eyes closed as she felt the emotion in the song. But before long, Rimes got the chance to show off the range and power of her voice when she sang the last few lines of the opening verse.

The perfect word to describe Rimes’ performance of “Hallelujah” would have to be “angelic.” Don’t be surprised if you find yourself tearing up a bit at the beauty of the performance and Rimes’ voice itself. You can watch her perform the song below.

We think Rimes did a stunning job with this gorgeous piece of music. What are your thoughts?