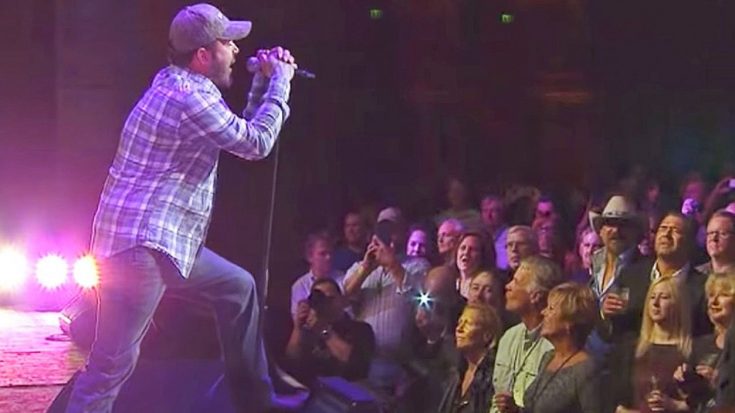 Many artists can only dream of having the same amount of influence as Lynyrd Skynyrd. While the band has always been labeled as a Southern rock group, they have helped inspire artists in all genres, especially country.

So that’s why it came as no shock when a whole host of country stars turned out to help Skynyrd at a major event in 2014. That event was their One More for the Fans concert, which was all about celebrating some of Skynyrd’s signature songs.

Artists such as Trace Adkins, Charlie Daniels, and Blackberry Smoke all stepped up to perform their personal takes on Skynyrd’s big hits and fan-favorite tracks. Another artist who was invited to join the party was Aaron Lewis, who took on the role of singing the group’s supercharged hit “Saturday Night Special.”

Released off of Skynyrd’s album Nuthin’ Fancy, “Saturday Night Special” was written by guitarist Ed King and lead vocalist Ronnie Van Zant. The song addresses issues pertaining to gun control, with the title referring to a small, cheap handgun that was referred to as a “Saturday night special.”

One of the biggest hits of Skynyrd’s career, “Saturday Night Special” reached the 27th spot on the Billboard Hot 100. Ronnie’s vocal performance was a huge reason why the song shot up the charts, as he sang each lyric with an overwhelming amount of passion.

You could say that Aaron’s voice is a bit similar to Ronnie’s, since they both posses that gritty, rough tone. That’s why Aaron was the perfect choice to sing “Saturday Night Special” at One More for the Fans.

See exactly what we mean when you check out Aaron’s red-hot cover of the song below. It really packs a punch!