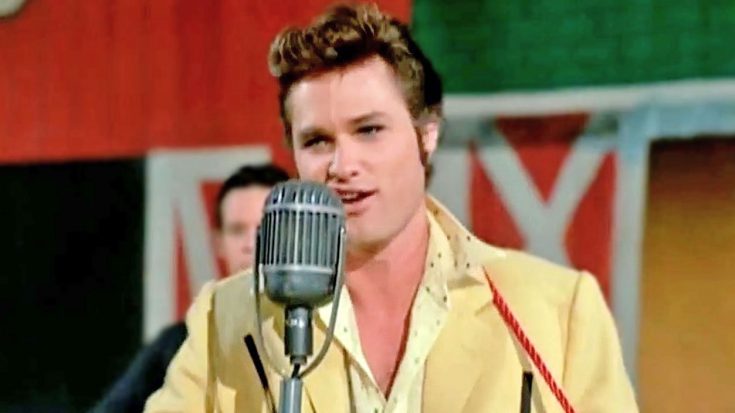 Two years after Elvis Presley passed away, famed director John Carpenter released a television biopic titled Elvis to celebrate his life and iconic career. The movie starred actor Kurt Russell, which was the last television role he ever took on before making the transition to films.

After working together on Elvis, Russell and Carpenter developed a longtime friendship that has resulted in one collaboration after another. The movie also placed Russell on the map as one of the hottest actors in Hollywood, as he was nominated at the Emmy Awards for Outstanding Lead Actor in a Miniseries or a Movie.

The film only portrays the early portion of Elvis’ career, and ends in 1970. But it still manages to cover a deal of important events, including Presley’s famed performance at the Grand Ole Opry.

Although Presley was a major star and experienced great success in country music, he surprisingly only played at the Opry one time. That performance took place early in his career, on October 2, 1954. He performed a song that ended up becoming a pretty big hit for him, and it already had ties in country music as well.

That song was “Blue Moon of Kentucky,” which was written and originally recorded by “The Father of Bluegrass,” Bill Monroe. When Presley recorded his version, he made it more upbeat and bluesy than Monroe’s original.

The upbeat rhythm gave Presley the chance to show off plenty of his signature dance moves. He didn’t hold any of those moves back during his performance at the Opry, which is a big part of the reason why he never came back.

Although the Opry audience seemed to enjoy Presley’s performance, the manager, Jim Denny, wasn’t as enthused. As author Peter Guralnick writes in his book Last Train to Memphis: The Rise of Elvis Presley, Denny told Sun Records boss Sam Phillips that Presley was “not bad” but he wasn’t the right fit for the Opry or its more conservative audience.

Presley never returned, but his performance remains one of the most well-known in all of Opry history. Hence the reason why it made it into the film Elvis.

Russell perfectly captured Presley’s every move in the scene, dancing just as “The King” would have done. His energy is infectious, and as you watch him dance, you may find yourself jumping out of your chair to do the same.

Watching this scene, it’s no wonder why Russell was nominated for an award for his portrayal of Presley. He had all of his signature moves down pat! Just check out the clip below to see what we mean.

Thanks to this scene, people will continue to talk about Presley’s famed Opry performance for years to come.