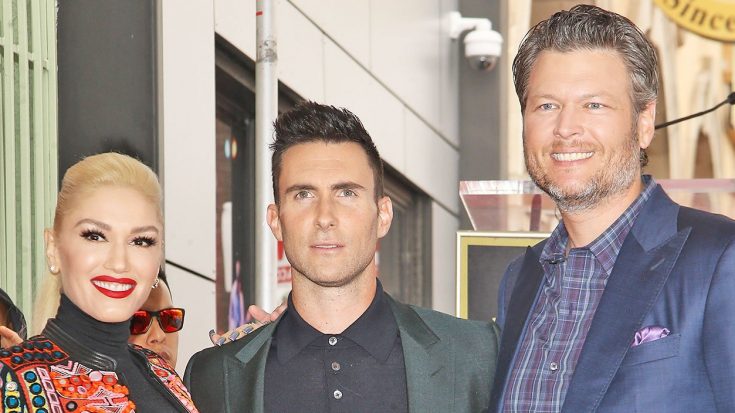 Maroon 5 frontman Adam Levine stopped by The Howard Stern Show on Tuesday (Oct. 31) to talk about all things Maroon 5, The Voice, and more. Of course, an interview rarely goes by without Levine being asked about the couple of the moment: Blake Shelton and Gwen Stefani.

Since Levine had a front-row seat to the beginning of their relationship, people are often quite curious as to how that happened and how they are now, almost two years in.

Shelton and Stefani both went through public divorces around the same time and confided in each other. That friendship obviously turned into something more and ever since they got together, people can’t stop talking about them!

“It’s so funny. They found each other at really interesting times in their lives. It’s really beautiful,” he added. “Because it’s in the public eye, a lot of people want to have their own bulls–t opinions about it, but I’m, like, there, I see it every day. I have a pretty unique perspective on it, and it’s real, man. I’m so affectionate and gross with my wife—this is a whole other level of…vomit.”

Although he calls their love “disgusting” and it makes him want to “vomit,” he is sincerely happy for them. “They’re so in love. It’s really nice,” he said.

According to E! News, Levine said he really doesn’t know if Shelton is planning on proposing to Stefani, despite rumors, but he assumes that if it were to happen, he would definitely score an invite to the wedding.

Watch sparks fly between Shelton and Stefani during their duet on The Voice below.