By Miranda Raye on August 18, 2016
Advertisement 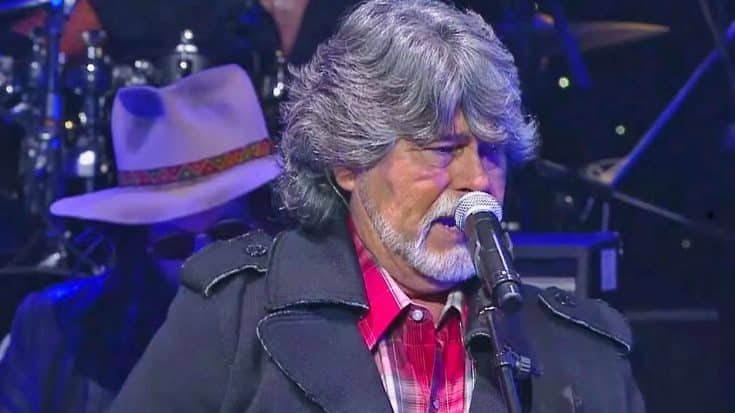 Lynyrd Skynyrd and Alabama…two groups that have had an enormous impact on their respective genres…and each other’s. So you can bet that when Alabama took to the stage to sing a Skynyrd classic, the result was phenomenal.

Artists from all genres turned out to celebrate the music and legacy of Skynyrd during a 2014 concert event called One More For The Fans! – Celebrating The Songs & Music of Lynyrd Skynyrd. Skynyrd was the big performer of the night, but other artists were also present to perform.

These other artists put their own spin on Skynyrd’s signature songs, paying tribute to the band that set the framework for so many. Country music was well-represented at the event, with Trace Adkins, Randy Houser, Charlie Daniels, and of course, Alabama, present to pay tribute to Skynyrd.

Alabama hit the stage right after Charlie Daniels and Donnie Van Zant, and entertained the crowd with their version of Skynyrd’s upbeat tune, “Gimmie Three Steps,” complete with a jam session. It looks and sounds like everyone had a fun time, as the crowd clapped and sang along with lead singer Randy Owen.

As a bunch of Southern boys themselves, it’s no wonder why Alabama did such a fine job at performing one of Skynyrd’s songs. Check out their rendition of “Gimme Three Steps” in the clip below and let us know what you think in the comments.

We would love to hear Alabama sing some more Skynyrd…perhaps a little “Sweet Home Alabama”?