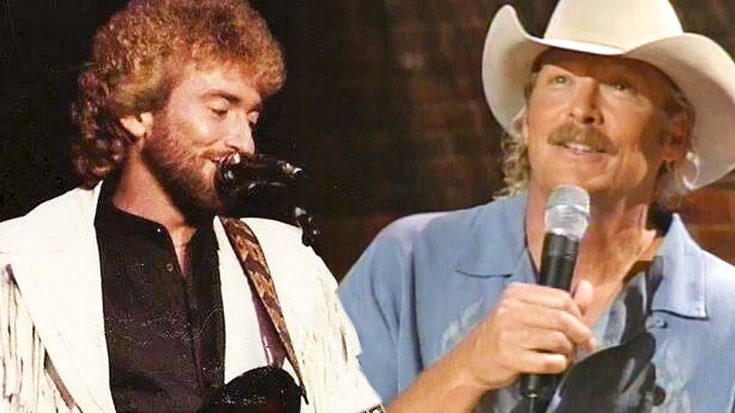 When it comes to country Christmas songs, Alan Jackson knows how it’s done. His voice has served as the soundtrack to many families’ holiday seasons, and that doesn’t seem set to change any time soon.

Jackson has released two Christmas albums over the course of his career. The latest, Let It Be Christmas, was released in October 2002. But it’s Jackson’s first Christmas album that contains some of his most recognizable holidays tunes.

Called Honky Tonk Christmas, the album was released in October 1993, mere months after Jackson hit number one on the charts with “Chattahoochee.” Honky Tonk Christmas brought us Jackson’s renditions of country-fried Christmas favorites, such as Merle Haggard‘s “If We Make It Through December” and John Denver’s “Please Daddy.”

Jackson also brought in a fairly new tune to include on Honky Tonk Christmas. Called “There’s A New Kid in Town,” the song was co-written by country icon Keith Whitley.

Whitley was the first one to record the song, but later recorded it as a duet with Jackson. It is that duet version that appeared on Honky Tonk Christmas, four years after Whitley’s tragic death.

Jackson and Whitley’s duet has since earned the status as a Christmas classic. Their soothing voices mix together perfectly, making you instantly feel at peace as they sing about the arrival of baby Jesus.

Tune in to the clip below to listen to Jackson and Whitley sing this stunning country Christmas tune. It’s something you can easily listen to over and over again.

This duet proves why both Jackson and Whitley are regarded as some of the greatest artists in country music history. We’re sure you’ll agree.