An Unbreakable Bond: How Dierks Bentley Knew His Wife Was The One 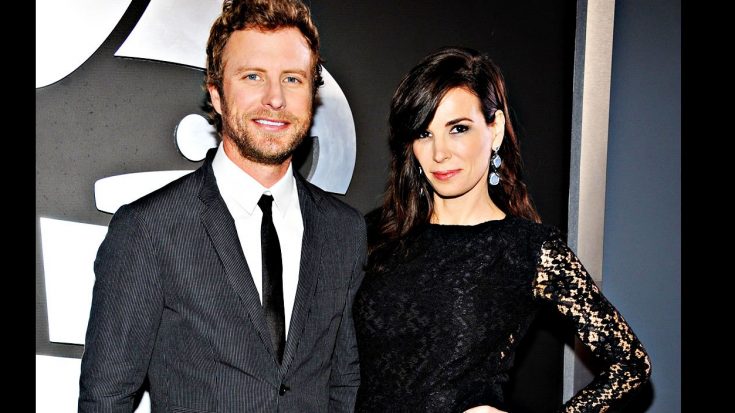 Having known each other for nearly all of their lives, they endured one crazy journey before finally finding each other again and jumping in feet first!

Dierks Bentley and his beloved wife have been married for 11 years now and they have welcomed three beautiful children into the world since 2008: Evie, Jordan, and Knox.

Although Bentley’s wife, Cassidy Black Bentley, isn’t in the spotlight alongside her husband, she’s always with him at shows and events when she can be – often watching from the wings with their little ones!

Throughout his career, Bentley has penned a number of songs with his sweetheart in mind, but one of the biggest hits from his most recent album takes it’s name directly from her!

“Black” was released as the third single and title track to his 2016 album and derives its name directly from his wife’s maiden name, bringing with it a story.

“I just loved the title Black,” Bentley tells viewers of The Tonight Show Starring Jimmy Fallon. “…And thought it’d be a really good title for a song about relationships – kind of the darker side of relationships and what goes on once the sun goes down. Also, it’s my wife’s maiden name so it was a special time for me to think…and it worked.”

So, while he doesn’t necessarily explain what the connection is, the simple fact that he penned this heartfelt and riveting story with his wife in mind gives you an idea of the passion they share for one another!

How these love bugs ended up together is an even cuter story – albeit with its ups and downs!

Just before his 10th anniversary with Cassidy, Bentley opened up to Glamour in 2015 about the adventure that brought them back together after years of seeing each other now-and-again.

“I’ve known my wife since we were 13 years old in eighth grade,” He revealed to the publication. “We kinda dated each other’s best friends. The four of us always hung out, but I really wanted her. We dated around 17, but I was no way mature enough for her. We always kept in touch and would see each other when friends got married or home for summers.”

At one point his wife was pursuing a career in advertising and living in San Fransisco while he was still in Nashville working toward superstardom. It wasn’t going to work, so they moved on…until she came to see him play at a Vegas concert date.

“But then she came to a show I played in Vegas in 2005, and we were opening for George Strait on February 5, and I just knew right away,” Bentley gushed, adding, “We eloped in Mexico at the end of the year.”

And ever since, they’ve been happier than two peas in a pod! Truly this is the stuff dreams are made of!

Watch this heartfelt acoustic performance of “Black” by Dierks Bentley in the video below.