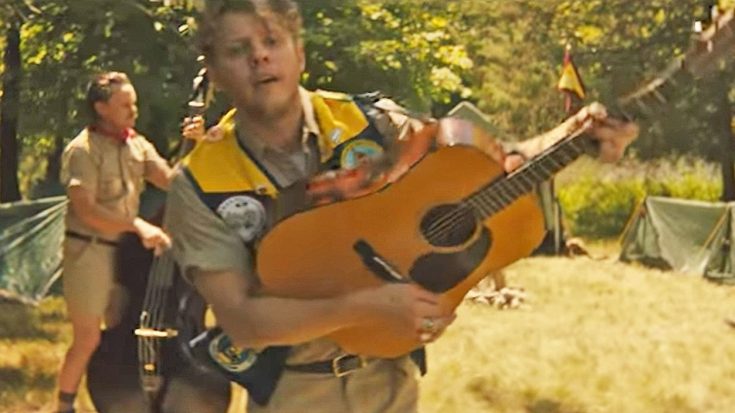 Country music fans were introduced to soul rocker Anderson East back in late 2015 when he and Miranda Lambert officially stepped out as a couple, the Nashville sweethearts thrilling fans with heart-melting shoutouts on their respective social media accounts ever since.

Gearing up for the release of his sophomore album Encore, East hyped up his fans with unapologetic rock song “Girlfriend” along with an accompanying picturesque music video.

In the style of a Wes Anderson film, East tells the story of young love in the setting of a summer camp. East takes on the role of guitar-strumming camp counselor, strolling the boyscout-esque campgrounds while singing the story of individuals trapped in a love triangle, three of the camp attendees acting out the catchy lyrics.

The Alabama-native is set to hit the road for his 2018 Encore Tour following his forthcoming album’s January 12th release date.

You can watch the music video for “Girlfriend” below.