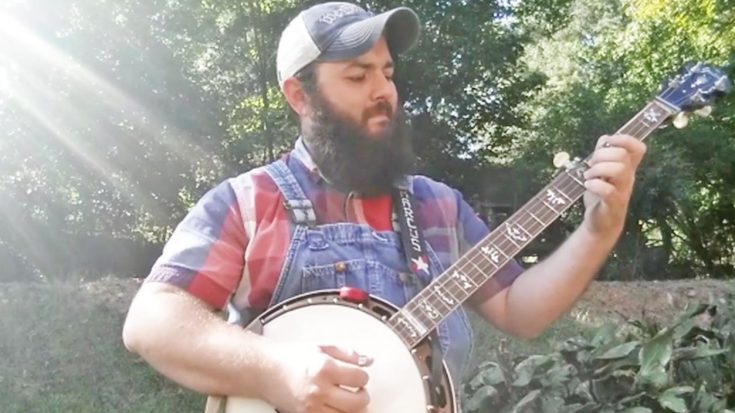 In the days following the horrible shooting in Las Vegas that took 59 lives, and injured hundreds more, many people were left wondering how to move on. Although we may not know each victim personally, they were part of this wonderful community of country music.

Like many other country artists, Adam Lee Marcus was trying to find a way to pay tribute to the victims. Eric Church wrote a song called “Why Not Me” about survivor’s guilt, Las Vegas country singer Justin Holmes wrote one about the strength of Las Vegas called “Can’t Break Us,” while Marcus performed the National Anthem dedicated to the lives lost.

Marcus is a well-known banjo player who has proved his talent time and time again with an incredible one man “Dueling Banjos” and many other mind-blowing performances.

The video, posted on his Facebook page, has thousands of views, with many users commenting on the beauty of his playing and how moved they were by the tribute.

“In memory of the people who were killed in Las Vegas and the ones who were wounded, here’s ‘The Star-Spangled Banner’ on banjo,” he captioned the video.

There is a saying that goes, “When words fail, music speaks,” and that sentiment is so very true in this instance. The way Marcus played the song, you didn’t need to hear someone singing the lyrics to be moved by his performance.

Watch his video below.

In memory of the people who were killed in Las Vegas and the ones who were wounded, here's "The Star-Spangled Banner" on banjo.