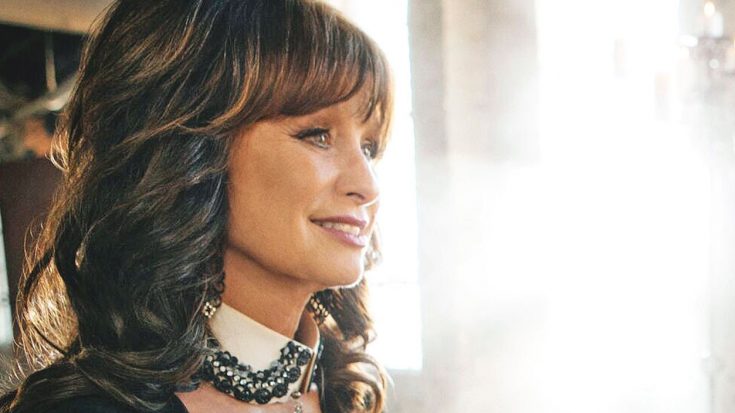 Considered as the leading lady of outlaw country, Jessi Colter has established a legacy for herself as a singer, songwriter, and pianist. As one of the most successful female artists in country music history, Colter has sold millions of albums and charted countless singles.

Country music was first introduced to Colter in 1970 with her debut album A Country Star is Born, which was co-produced by her husband and fellow outlaw, Waylon Jennings. Just six short years later, Colter found herself as one of the four featured artists on Wanted! The Outlaws, which was the first country album to ever earn Platinum certification

Over 40 years after the release of Wanted!, Colter is continuing to cement her legacy with the release of her latest album, The Psalms. Unlike anything Colter has ever released before, The Psalms is the country icon’s first gospel record.

A strong woman of faith, Colter actually got her start playing music in church. She began playing piano when she was only five years old, and eventually became the pianist at her church.

Colter is now bringing things full circle with The Psalms, which was released on March 24. The album contains a total of 12 tracks, all of which are some of Colter’s most beloved Psalms from the Bible. Just a few of the featured tracks include “Unto Thee,” “He Is Holy,” and “The Lord Is My Shepherd.”

In a video titled The Making of The Psalms, Colter revealed that the idea for the album came from her producer and guitarist Lenny Kaye, who is also one of her dearest friends. After hearing Colter play the Psalms at her home one day, Kaye approached her with the idea to make an album featuring some of her favorites:

“When I saw Jessi at the piano singing the Psalms, just in total joy, I was transfixed. And when finally I told my idea to Jessi that it would be really great if we could record this in the spirit that I heard it that day. I never really suspected that it would come to fruition.”

But it finally did come to fruition in 2007, when Colter and Kaye sat down for their first recording session for The Psalms. A second and final session took place in 2008, and with that the material for The Psalms was complete.

Colter explained her album by saying that it is meant to showcase “the great poetry of the Bible.“ It’s that beautiful poetry and Colter’s passion for it that left Kaye mesmerized when he first heard her singing it years ago.

“I wandered into the living room and saw Jessi playing the piano, just totally absorbed in these beautiful, beautiful poems,” he said.

You’re sure to be just as captivated by Colter’s stunning portrayals in The Psalms. Tune in below to watch her performance of one of the album’s tracks.

There’s a big difference between artists who simply sing songs and artists who feel them. You can tell that Colter feels something in each and every track on The Psalms, which is what makes the album so exceptional.

One of the most highly anticipated albums of 2017, Jessi Colter’s “The Psalms” is available now! Featuring “The Lord Is My Shepherd,” “Unto Thee,” and more, “The Psalms” is a remarkable collection from a true country icon. Get your copy here!