By Miranda Raye on April 28, 2017
Advertisement 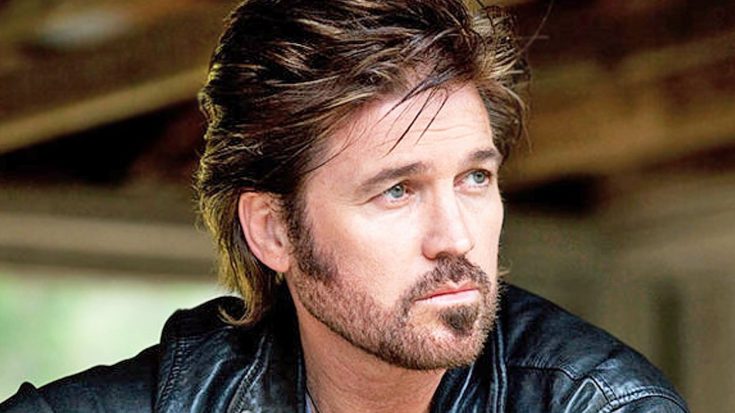 Believe it or not, Billy Ray Cyrus‘ smash hit “Achy Breaky Heart” is now 25 years old. Released on March 23, 1992, “Achy Breaky Heart” was Cyrus’ debut single. The song caught on like wildfire, and ended up topping the charts in multiple countries around the world.

After all of this time, “Achy Breaky Heart” remains Cyrus’ signature piece. To celebrate the song that started it all for him, Cyrus released an updated version on Friday (April 28). According to Rolling Stone, the new recording is more true to the demo version, and was recorded with the famous Muscle Shoals rhythm group, the Swampers.

Cyrus is also planning to record a Spanglish version of “Achy Breaky Heart” at some point in the future. He told Rolling Stone that particular rendition will be EDM in style, and will feature funk bassist, singer, and songwriter Bootsy Collins.

Additionally, Cyrus is working on recording a new record. But those who search for the album will have to look for it under a different name than they’re used to.

As Cyrus revealed, he plans to legally change his name on August 25. He will no longer be “Billy Ray,” and will go simply by his last name instead:

“I will be the artist formerly known as Billy Ray…I always went by Cyrus, and I begged Mercury Records to call me Cyrus in the beginning because that’s what I was comfortable with. I’m going to the hospital where I was born in Bellefonte, Kentucky, and legally changing my name.”

Cyrus isn’t the only one in his family to change his name. His daughter, Miley, was born Destiny Hope Cyrus, but eventually changed her name to Miley Ray Cyrus.

Although Cyrus’ name may be different, one thing remains the same…he can still rock it while singing “Achy Breaky Heart!” Tune in to the video below to watch a short snippet of his 25th anniversary rendition of the song.

What do you think of Cyrus’ plans to change his name? We’d like to hear your thoughts!