By Manly Bryant on March 8, 2017
Advertisement 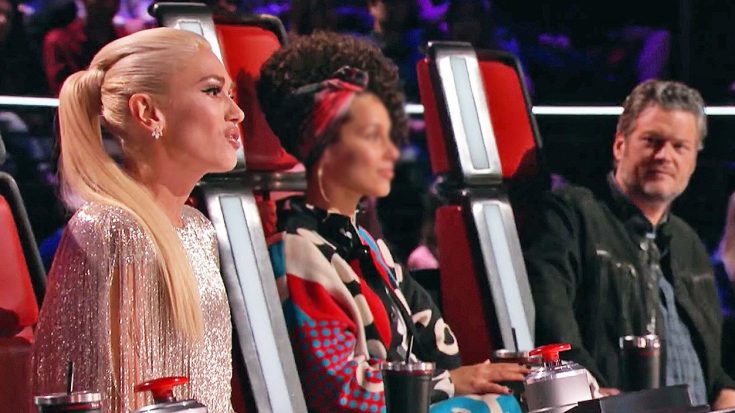 Blake Shelton and girlfriend Gwen Stefani went head-to-head in pursuit of a 16-year-old Voice contestant with surreal talent. Following her stunning rendition of ’60s hit “Will You Love Me Tomorrow”, Caroline Sky sparks a battle between the singing competition sweethearts.

Less than a minute into the young singer’s audition, coach Stefani chooses to turn around followed by Shelton near the end of the performance at Adam Levine‘s encouragement.

“I think what’s exciting about this right here, me and you,” Stefani says to Caroline.  “And I’ve said this like a bunch of times…” she continues before being cut off by the country singer interjecting, “Ya!”

The country singer then makes his case for young Caroline, conveying the success he’s had in the past with “young talent” like herself in reference to former Voice champions Danielle Bradbery and Cassadee Pope.

After much bickering between the coaches, Levine informs the contestant it’s time to make her decision. The young singer takes a moment to express her immense gratitude to both coaches before choosing to join the ranks of Team Gwen.