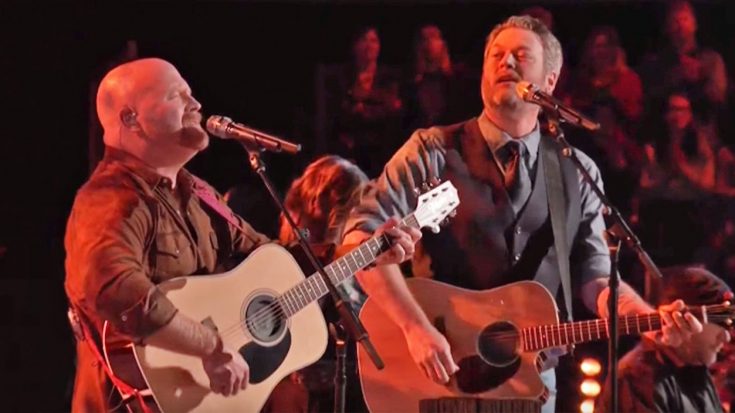 This may just be the most country contestant to ever take the stage of The Voice! Teaming up with coach Blake Shelton for one his final performances on NBC’s hit series, 40-year-old Red Marlow brought country to the Voice stage with his rendition of Brad Paisley‘s hit, “I’m Gonna Miss Her (The Fishin’ Song).”

Since his first appearance on the reality series, Marlow has emphasized his traditional country roots, expertly distinguishing himself from the pop-country artists in the competition to edge himself into the finals as the sole country contestant.

The construction worker – whom is described to be “as country as it gets” –  currently resides in Tennessee, making his trek out to Los Angeles in hopes of building a career in country music.

“I’m Gonna Miss Her (The Fishin’ Song)” was written and released by Paisley in 2002 off his album Part II. The song went on to top the country chart, earning the country singer his third number one hit of his career.

You can watch Shelton and Marlow’s take on “I’m Gonna Miss Her (The Fishin’ Song).”