What Is Blake Shelton Thankful For? He Finally Spills The Beans…But It’s Not What You Think 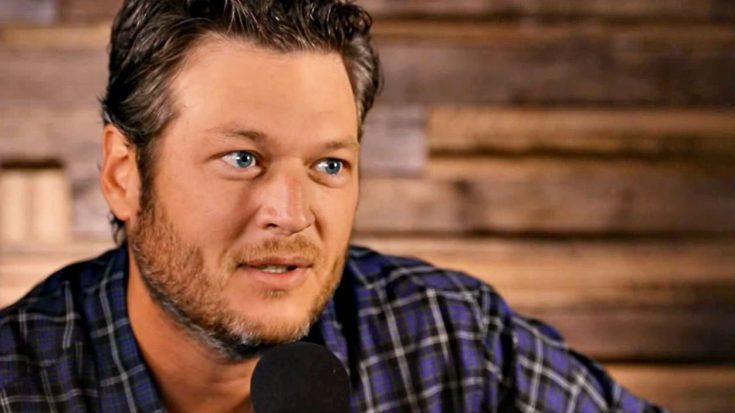 In a new interview, the country crooner explains that leaving the past in the past is sometimes just what is needed most.

As we approach this upcoming holiday season, the first major U.S. holiday is, of course, Thanksgiving and it’s often used as a time of reflection upon the past to realign ourselves with what we have surpassed and focus on gratitude for the blessings we have gotten in our lives – no matter how big or small.

During a group interview on the Today Show, the four current ‘Voice’ coaches sit alongside host and Today Show anchor, Carson Daly, as they travel through Universal Studios talking about various topics.

At the end of the interview, Daly reminds the group that Thanksgiving is coming up soon and asks them all what they are thankful for. Blake Shelton doesn’t specifically call out a one thing he’s grateful for, but rather encompasses a group.

What could that mean for the unforgettable country star? Well, perhaps he’s referencing his newest album, or his just revealed 2017 tour….but many appear to believe he’s talking about his new relationship with Gwen Stefani that he just began a year ago.

Watch the full group interview below to see how he responds and form your own opinion!