By Jennifer Pernicano on July 1, 2016
Advertisement 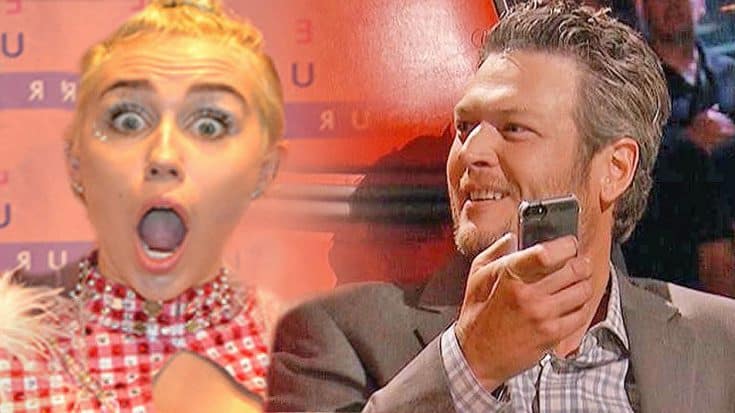 Blake Shelton just won the CMT Social Superstar Award, and for good reason. His Twitter is filled with hilarious comments and even better pictures.

Another singer who is very active on social media is Miley Cyrus, who will joining Shelton as coach on the next season of The Voice.

The other day she tweeted a photo of herself wearing a shirt that reads, “Kiss My Country Ass” and tagged Shelton. She also used the hashtags “#TheVoice” and “#Season11”.

“I still think you may be mine,” he wrote. “Don’t tell Billy Ray Cyrus!”

The tweet has received a lot of comments, some asking for a Maury Povich-style paternity test. Too funny!

Watch a clip from last season of The Voice to catch a glimpse at what next season will look like.