By Jennifer Pernicano on October 23, 2017
Advertisement 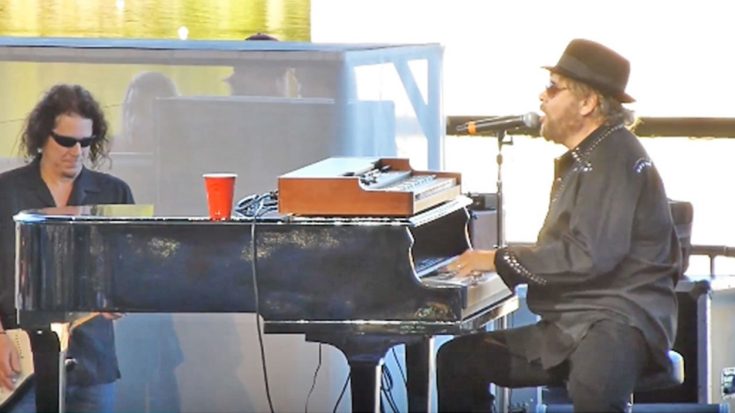 Hank Williams Jr. really is the jack of all trades – musical trades, that is.

He is an expert guitar player, can get down on the fiddle, and can play a mean banjo. But what a lot of folks don’t know is, that he plays the heck out of the piano. He doesn’t play the ivories too often, only on a few songs, so if you have never seen Hank Jr. live in concert, how would you know?!

Hank Jr. channeled his inner Jerry Lee Lewis and gave a roaring performance of “Whole Lotta Shakin’ Goin’ On” for adoring fans at the Bands Brew & BBQ at Sea World in 2014.

Lewis shot to solo stardom after his Million Dollar Quartet popularity with hits like “Whole Lotta Shakin’ Goin’ On” and “Great Balls Of Fire,” which featured thunderous piano solos. In fact, his style of piano playing was such a huge part of his act, he was billed as Jerry Lee Lewis and his Pumping Piano.

Hank Jr.’s piano playing grabbed our attention immediately, reminding us that only one other person on Earth plays quite like that – Jerry Lee. Bocephus even put his boot up on the keys and played a few notes!

We know he would be proud of Hank Jr.’s tribute and now we’re holding onto hope that one day the two talented musicians will duel or at least duet! Watch Hank Jr. perform “Whole Lotta Shakin’ Goin’ On” below.