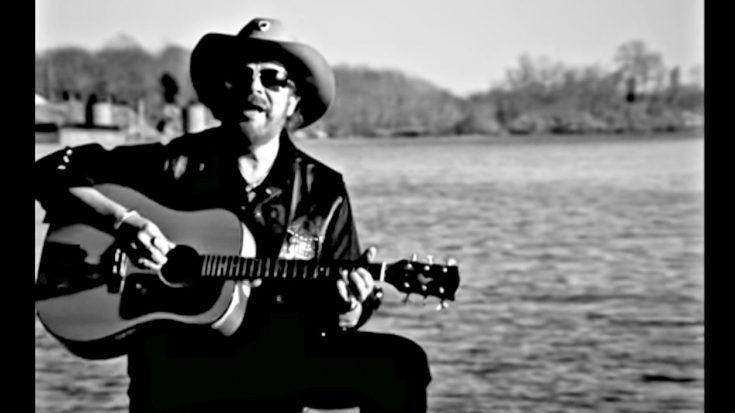 Released more than 30 years ago, this unforgettable smash hit from one of country music’s own royal family still holds true today.

Debuting on January 18th, 1982, Hank Williams Jr. was just adding to his already-massive discography with the release of “A Country Boy Can Survive” and the instant hit was only a further testament to his talent and status as a country music legend.

Peaking at No. 2 on the Billboard Hot Country Singles chart following its original release, Bocephus’ hit quickly earned recognition as one of his signature songs. Re-wrote and re-released in 2001 following the 9/11 terror attacks on the World Trade Center, “A Country Boy Can Survive” charted again, almost two decades after its original release.

With the official music video coming out a full decade after his 9/11 re-write, Hank Jr. takes a ride on a river boat, singing the praises of country life and lamenting about tragedy that struck his city slicker friend.

A truly impressive combination of imagery, the music video is a masterpiece filmed completely in black and white, put to the tune of an iconic country hit. It’s not something y’all will want to miss.

Check out Hank Jr.’s full-length music video for “A Country Boy Can Survive” below.