By Jennifer Pernicano on May 23, 2017
Advertisement 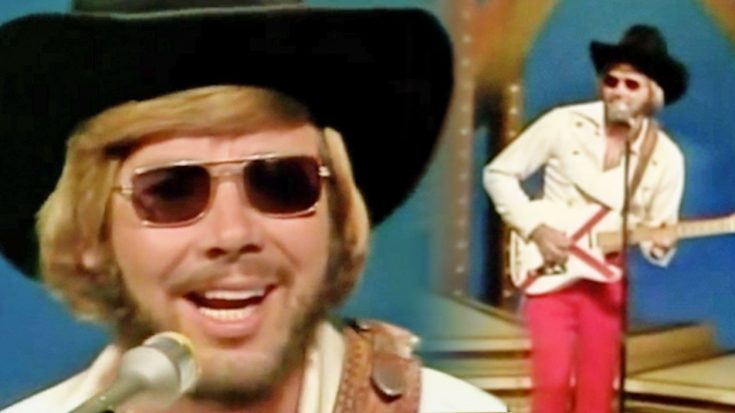 Just a few months before Hank Williams Jr. almost lost his life in a mountain climbing accident in August 1975, he recorded an album that would soon change his life.

Already a famous singer, Williams was looking to branch out and develop his own unique style in the country rock genre, rather than continuing to imitate his father, the late Hank Williams. Some fans were skeptical about the change, but Bocephus kept his loyal fanbase, which has continued to grow over the last few decades.

A song that helped Hank Jr. break down barriers is “Can’t You See”, originally by the Marshall Tucker Band. He included it on said breakthrough album Hank Williams, Jr. and Friends, which was released December 1975.

“Can’t You See” was originally written by Toy Caldwell, the lead guitarist and main songwriter for the Marshall Tucker Band. They first released it as the first single from their 1973 debut album and re-released five years later.

This song helped catapult Hank Jr. into superstardom without having to compare him to his father anymore. This video of him performing the “Can’t You See” confirms Hank Jr.’s status as a legend.

Watch him perform it below.