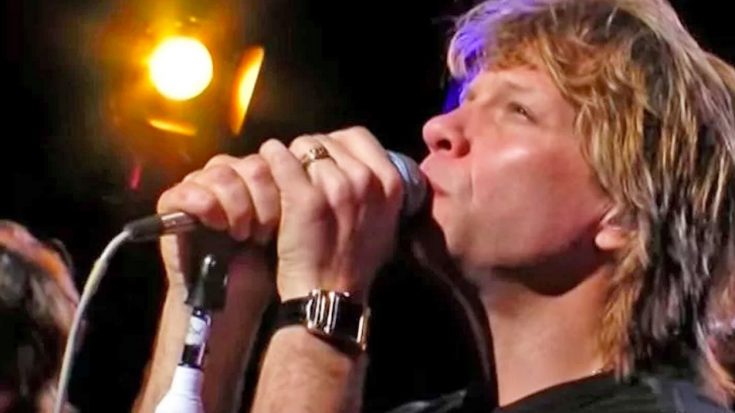 Rockstar Jon Bon Jovi brought fans on a musical ride as he performed a moving rendition of the Leonard Cohen classic “Hallelujah.”

The rock icon gave an incredibly passionate performance to the timeless tune, using his legendary vocals to carry the song’s lyrics to new heights. His voice took a softer approach than his usual songs do, as he glided into his performance, keeping his energy low and focus strong.

Cohen first released “Hallelujah” on his 1984 album Various Positions. He achieved very little success upon the song’s initial release, but thanks to the use of a cover version in the popular movie Shrek, it has since become quite the popular song.

Bon Jovi wrapped up his performance with a vocal explosion, slowly transitioning back into the quiet tone that had kicked off his heavenly performance. The pace of the song is very different from his other tracks like “You Give Love A Bad Name” and “Livin’ On A Prayer,” but the legendary rocker proved that he has always been a versatile singer.

Watch him perform “Hallelujah” below.