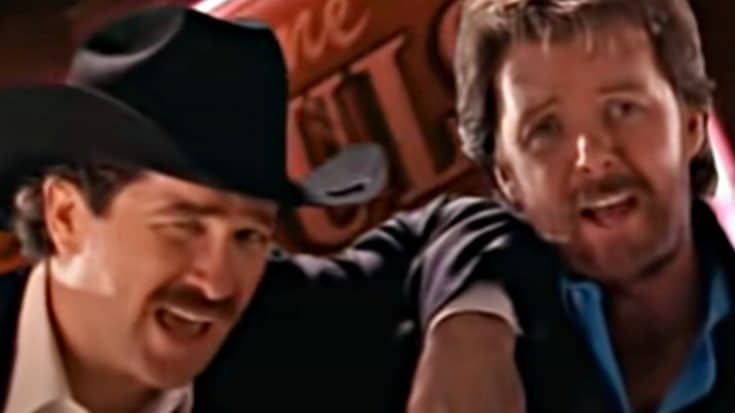 In 1991, country music was changed forever when stellar duo Brooks & Dunn made their debut. Kix Brooks and Ronnie Dunn, both former solo artists, came together to form what would become one of country music’s most successful duos with the release of their debut album Brand New Man.

Brand New Man spent a shocking 190 weeks on the Top Country Albums chart, thanks in part to the their 4th single “Boot Scootin’ Boogie” which would become the duo’s signature song. But, did you know that Brooks & Dunn weren’t the first to record the line-dancing hit?

Just one year before Brooks & Dunn was formed, Grammy Award-winning country group Asleep at the Wheel recorded “Boot Scootin’ Boogie” but the song never made its way to radio.

Despite never being heard on the radio, the Asleep at the Wheel rendition found another kind of success. Penned by Ronnie Dunn when he was a struggling soloist, the tune kickstarted a line-dancing phenomenon when a choreographer picked up the catchy song on the Asleep At The Wheel album and decided to create a dance. Originally known as the “Vancouver Boogie,” the dance swept the country, quickly becoming a favorite.

In fact, the Boot Scootin’ Boogie has influence some of today’s most popular dances such as The Cupid Shuffle and The Wobble, proof that line-dancing is alive and well!

We dare you to sit still while watching Brooks & Dunn’s original video for “Boot Scootin’ Boogie” below!