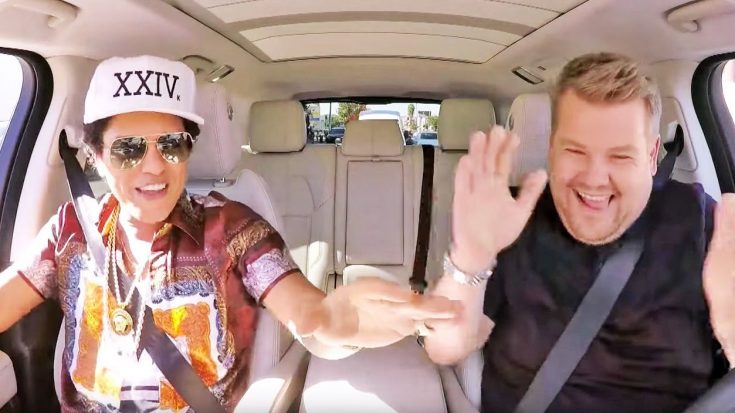 The current leading man of R&B, Bruno Mars, met up with talk show host James Corden for one of the most epic episodes of “Carpool Karaoke” to date.

Posted by The Late Late Show with James Corden on Tuesday, December 13, 2016

Amidst going through each of the soulful singers biggest hits including “24K Magic,” “Grenade,” “Uptown Funk,” and “Locked Out of Heaven,” Mars opens up on the moment he realized he wanted to get into the music industry. Turns out, the 31 year old knew he wanted to be a singer since he was only 4 years old.

Bruno Mars on Carpool Karaoke is pure, straight up joy, James Corden and Bruno Mars belted out such hits as 'Locked…

Posted by Pradodesign on Wednesday, December 14, 2016

“I was impersonating Elvis Presley at my dad’s Rock & Roll 1950s review in Waikiki,” shared Mars before delivering his best impression of The King’s signature “lip” move.

The two then roll into a wild cover of “Jailhouse Rock” sure to bring any Elvis fans to their knees.

The international superstar grew up in a family of artists and spent much of his early years impersonating Elvis, crediting much of his performing techniques and musical stylings to The King.

You can watch the hysterical video below!